How maternity leave and parental leave structuring impacts your salary 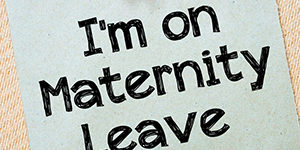 Despite years of progress and an increased awareness surrounding gender equity in the workplace and society in general, women bare a disproportionate responsibility when it comes to childcare.

This, combined with social expectations and gender stereotypes, are seen to place women at a disadvantage in the workplace, says Muhammed Goolab, Executive Committee Member of the South African Rewards Association (SARA).

“When childcare responsibilities fall disproportionately on the mother, it impacts her career progression and can depress pay.

Time spent outside of the workforce and other time sacrifices that are made to care for children deprive women of experience and impacts pay and promotions,” says Goolab.

Some companies pay as much as 75% to 100% of a new mother’s salary while on maternity leave and if there is a shortfall, this can be claimed from the UIF. In contrast, new mothers in the U.S. receive 12 weeks of unpaid leave and no government assistance with regards to remuneration.

The Scandinavian countries lead the way, with up to a year’s maternity leave and 100% pay. Many of these countries also have more progressive policies. In Denmark, for example, fathers can take more than two weeks paternity leave.

“In the past, providing better maternity benefits to women was seen as a way of improving gender equity in the workplace. Today, however, there is a move towards greater paternity benefits, which is believed to help better bridge the gap,” says Goolab.

Companies generally make their maternity leave policies easily accessible, and while maternity leave is regulated by the Basic Conditions of Employment Act, it is a good idea for employees to educate themselves on additional benefits that their employers offer.

“Often companies offer additional benefits beyond those that are outlined in the Basic Conditions of Employment Act, although accessing those benefits may require a work-back period,” says Goolab.

“The most effective, future-focused maternity leave policies will be completely untied to gender and they will even encourage a balance between genders.

Some companies are looking at alternate leave structures for new parents, such as cumulative maternity leave benefits, progression in the number of leave days where parents need to take care of more than one child and reduced working hours.

The most forward-thinking and attractive employers will also look at offering mothers returning to the workforce more flexible working arrangements that allow parents to better balance their responsibilities,” concludes Goolab.