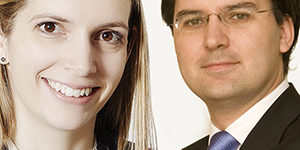 By Lionel Shawe, Managing Partner at Allen and Overy and Lauren Tunstall, PSL at Allen & Overy

On 13 January 2016, the International Accounting Standards Board (IASB) issued its new international lease accounting standards IFRS 16 Leases which removes the distinction between finance leases and operating leases for lessees with effect from 1 January 2019.

The new lease accounting rules will affect most companies that report under the full IFRS and will have a significant impact on those with large operating lease portfolios (such as some of those in the retail, transport and communications sectors). In most jurisdictions that have adopted IFRS, small and medium-sized enterprises may report under IFRS for SMES. IFRS for SMEs is only updated periodically and has not been updated to reflect IFRS 16. As a result, the current IAS 17 based lease accounting rules in IFRS for SMEs will continue to apply to those companies that use it for some time post 2019.

The new rules will impact financing transactions and in particular, financial covenant and other provisions in a typical credit agreement for a leveraged finance deal.

IFRS 16 Leases will replace the current lease accounting standard (IAS 17 Leases) in its entirety. Although, it is worth noting that the position of lessors regarding leases has not been changed much as IFRS 16 substantially carries forward the lessor accounting requirements present in IAS 17.

Under IAS 17, a distinction is drawn between finance leases and operating leases by reference to the underlying economic effect of the relevant lease agreements.  The accounting treatment for each type of lease varies which means that economically similar transactions can have very different accounting treatments. A lessee may use the distinction to structure a transaction to achieve a particular accounting outcome that potentially makes it difficult for a lender or potential investor to accurately compare the financial statements of different companies.

The distinction between finance leases and operating leases for lessees under the IFRS 16 has been removed. This means a lessee will be required to account for most leases (including those currently accounted for as operating leases) on-balance sheet in a similar way to the current accounting treatment for finance leases. There are optional exemptions for leases of low value assets and short-term leases (i.e. leases of 12 months or less).

IFRS 16 also changes the definition of a lease which means some arrangements not currently classified as leases will become leases, and vice versa. Moreover, IFRS 16 requires lessees to account for most leases on-balance sheet, there will inevitably be an increased focus on the question of whether a contract is (or contains) a lease.

For a company with material off-balance sheet operating leases, the most significant effect of IFRS 16 on its balance sheet will be an increase in its assets and liabilities as those leases come on-balance sheet. IFRS 16 will also result in an increase in the company’s depreciation and amortisation expenses, and its finance costs in its income statement. This means that the company’s EBIT (or operating profit) and EBITDA will also increase.  Under IAS 17, lease payments in respect of off-balance sheet operating leases are simple operating expenses deducted from revenue to arrive at profit before tax.  However, as a result of the new rules, the interest element of those lease payments will be added back to profit before tax to determine EBIT, and the depreciation expense will be added back to EBIT to determine EBITDA.

Profile: Zinhle Simaman – Stay focused and you can achieve anything
September 2, 2022

Profile: Naledi Liphapang – Unlocking the value of digitalisation in the public sector
September 2, 2022