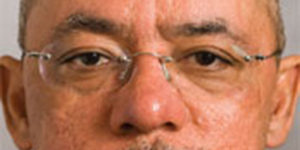 Following the departure of Mr Bert Chanetsa from the FSB at the end of December 2016, Adv. Tshidi, in his capacity as the Registrar in terms of the Financial Markets and Credit Rating Services Acts has delegated his powers and functions to Mr Jurgen Boyd, who will exercise the said powers and functions in addition to the powers and functions as previously delegated to him as the Deputy Executive Officer (DEO) of Collective Investment Schemes.

Mr Boyd is a qualified Chartered Accountant with extensive experience in the financial services industry. He has held a number of positions within the FSB, including a six-year tenure as the DEO of Retirement Funds. In fulfilling his regulatory and supervisory functions in terms of the additional delegation Mr Boyd will lead and provide strategic direction to the Capital Markets, Credit Rating Agencies and Market Abuse departments.