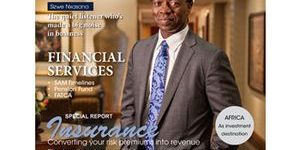 In recent months numerous high profile ethical failures have featured in the media.

It is “normal” for frustrated readers to question where accountability lies for the rampant damage that large-scale unethical behavior impacts on society. Many eyes turned toward our leaders, from the heads of government to CEOs of corporates.

Universal demand for ethical leadership is growing, yet the supply remains low, as evidenced by recent events – especially the credit crisis that sparked the worst global recession since the 1930s. This highlights the apparent difficulty that leaders seem to
face when it comes to distinguishing between what’s right and wrong. Some make the wrong choices and end up in the courts, or in the news.

Herein lies the factor that separates the good from the bad- and the good stand out!

The present generation of leaders seems to be equipped merely to navigate rather than to guide. Navigating describes how one reacts and adapts to an interconnected world, while guiding refers to how we can forge sustainable paths and build
endeavors of sustainable value in an ethically interdependent world. Leaders who fall in the latter category are fast becoming
an endangered species. The youth, who use solid leaders as a blueprint for success, also seem to be floundering as a result of a
dire shortage of credible role models.

Thought leaders are re-evaluating concepts about the source of competitive advantage, which increasingly comes from how
you behave rather that what you produce. Leaders are re-thinking how they lead, by placing less emphasis on rewards and
punishment and more on inspiration, and putting humanity at the centre of their organisations.

Ethical leaders distinguish themselves by doing that which is inconvenient, unpopular, and even temporarily unprofitable
in the service of long-term business health sustainability and value. They view the world as interconnected and develop
multidisciplinary solutions to address complex problems. Mark Reed, the 1997 Prize in Ethics winner said: “One shouldn’t ask,
‘Is this the wrong thing to do?’, but rather ‘Is this the right thing to do?’” The first question would make one to turn to policies
and rules, but the second question can address the potential to fuel great innovation.

We are “in need of another” because our decisions and actions affect so many others in our interconnected world. Magogodi
Makhene (2007 Prize Ethics winner from South Africa) makes a compelling case when she writes: “My humanity is inextricably
linked to yours and unless I acknowledge your humanity in defining my own, I will never realise the highest summits of human
experience.” Makhene was writing about her “tear-gassed childhood” during the last throes of apartheid. However, her insights
can be applied to the decision-making process that nearly every 21st century leader is confronted with.

No country, company, or individual will scale the summits of human endeavor unless we recognise our tangled and moral
interconnectedness to the rest of humanity and start behaving, and leading, in a way that will inspire others to replicate such
behaviour.