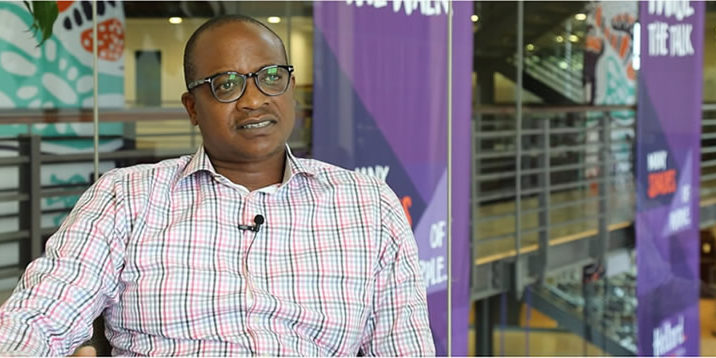 South African firms are bracing themselves for the introduction of new accounting standards which will address the issue of how they account for revenue. While a great number of companies are aware of the impending changes, far fewer are enamoured with the idea.

David Reuben, Partner and Head of Audit at Grant Thornton Johannesburg, says this target date is a little ambitious, although the standards only become effective in 2017 due to the complexity of the changes that are needed.

Grant Thornton’s International Business Report (IBR) quarterly survey for the second quarter of this year reveals that South African businesses have a greater awareness of these new standards and the impending changes, than many of their peers.

Reuben says the survey shows a marked improvement in the awareness levels locally over the previous IBR poll. He attributes this to a strong ethic of compliance in the country, which is evident in South Africa’s adoption of IFRS and international auditing standards ahead of many other countries.

While awareness levels are high, the IBR report shows a universal disliking for the reporting changes as they are seen as unnecessary, and will inevitably add further cost and complexity.

The IBR survey on Revenue Recognition revealed that more than two thirds of South African privately held businesses expressed concern that the implementation of the new regulations would add further cost (67%) and complexity (67%) to their financial statements. These figures are markedly higher than those recorded for the UK and BRIC (Increase costs: UK – 57%, BRIC – 51% and increase complexity: UK – 48%; BRIC – 49%).

“It is probably the most contentious regulations we’ve seen in quite some time,” says Reuben. “At the heart of the standard is the question: what comprises revenue? This has arisen unfortunately as a result of dissatisfaction expressed by investors over possible manipulation of figures in a way that investors don’t really know where they stand.

“What investors are looking for is a better yardstick of what makes the company tick and how sustainable it truly is. They want to make decisions for the long term, in terms of what makes a company stand out as an investment opportunity. They also want more information that is comparable.   In that way they are better informed and ultimately better protected.”

South African businesses are not alone in their concerns over cost and complexity increasing as a result of the changes. There has been a discernible shift in other markets to a more negative sentiment toward these new regulations compared with previous IBR reports.

“Potentially what they are saying is that this is additional work and tweaking and potentially new systems to be implemented in order to be compliant which will inevitably consume valuable time  without a commensurate return,” says Reuben.

He believes the initial transition will be the most burdensome, which is possibly why such a long grace period has been granted before they become effective (the standard is effective for annual periods beginning on or after December 2016 / January 2017).

“Initially it might be quite a task, but the addition or recognition of new revenue streams will become one of those things that people get used to doing. Company executives are unlikely to be overly distracted by this as they would pass on that responsibility to their legal, tax and accounting professionals,” say Reuben.

He says the new standards will introduce heightened levels on transparency and make revenue streams more understood. “You will be able to break up these streams and make an assessment on whether it’s going to be sustainable and what makes the engine run.”

“It depends whether this will create revenue or dissect it into its components, but the sum will be the same.”

Reuben added that he doesn’t foresee any major tax implications as ‘revenue is revenue’, and if you now report in different categories it won’t impact the quantum of the revenue. What it might impact is whether it’s revenue in terms of the tax definitions and therefore taxable, or items may become taxable for the first time because they are now visible on the financial statements whereas they weren’t before.

Smaller and mid-sized companies may have more of a challenge in making the switch-over although they could overcome major headaches by doing it correctly and investing the necessary time and resources from the start.

“I can’t say if it will take a lot more time.  It depends on the complexity of the revenue streams. It will also become more apparent as the regulations are applied,” says Reuben.

He adds that more complex industries are most likely to have to make the biggest changes to their reporting.

The IT, telecoms, and even real estate industries are examples of those that may  have opaque revenue streams and elements like rewards programmes that are going to have to be accounted for differently.

With the number of recent corporate failures and the rise of Internet-based giants like Facebook leaving analysts and investors scratching their heads in trying to see the revenue model, the new changes certainly are needed.

“The coming months, and most likely years, are going to be keeping accounting and auditing professionals on their toes as they get to grips with the new standards. Whether they like it or not,” Reuben concludes.

A final standard is now expected towards the end of 2013 and would be effective for annual periods beginning on or after 15 December 2016 (FASB) or 1 January 2017 (IASB).  The IASB, but not the FASB, will permit earlier application.  [FASB-only: Public companies that report their financial results in the calendar year have until the first quarter of 2017 to comply and private companies will have a one-year deferral].

To complete your CPD questions for this article, please click here

CPD: Information produced by the entity to be used as audit evidence
November 2, 2020

CPD: Safeguards and the Revised Code of Conduct
November 11, 2019

Blockchain – what does it mean for the audit?
September 6, 2019
Go to Top
Loading Comments...