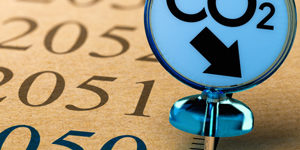 By Alessandra Pardini, a Partner at Webber Wentzel

Power shortages and a transition to a lower-carbon future, in line with SA’s Paris Agreement commitments, will require the country to harness new technologies. Energy storage, which will be a critical element of a modern power system, offers potential for local industrialisation and job creation.

South Africans, rattled by Eskom’s latest round of load shedding, may have to experience more inconvenience in the longer term as the country makes the transition to greener power. New technologies could ease this transition.

In selecting the technologies that are developing fast to complement renewable energy and will help to relocate the country’s main power sources, the priority should be those that also deliver jobs.

At present, the bulk of SA’s energy is generated from the coal-fired power stations in Mpumalanga, relatively close to the industries (located predominantly in Gauteng) that consume most of the electricity. But generation is shifting.

Over the last decade SA has procured more than six gigawatts (GW) of renewable power through the Department of Energy’s Renewable Energy Independent Power Producer Procurement Programme. This was largely to meet the World Bank’s conditions for granting loans to build Kusile and Medupi. Eskom (as part of the World Bank loan conditions) was also required to build more green power – originally envisaged as 100 megawatts (MW) of concentrated solar power (CSP) and amended in 2017 to distributed battery energy storage systems (BESS), with some solar photovoltaic (PV) power. The size of the BESS would be similar to what the CSP would have generated, which is 1 440 megawatt hours (MWh) per day or 525 gigawatt hours (GWh) per year (100 MW at a 60% load factor). We understand that, as a distributed solution, this is likely to involve more than 50 individual projects, which will have wide-reaching effects.

Under the Paris Agreement, SA has committed to cut its greenhouse gas emissions to a range of 398-614 million tonnes of CO2 equivalent by 2025-2030. Apart from meeting these commitments, Eskom will also have to close down several of its older coal-fired power stations in the next few years as they are approaching obsolescence. Its coal-fired power will then be largely derived from Kusile and Medupi. In addition, Koeberg Power Station reaches the end of its life in 2024.

While renewable energy will become increasingly important, it cannot contribute to the grid without baseload or other support.

SA’s solar generation is located mainly in the Northern Cape. Wind also generates power along the southern and eastern Cape coasts and nuclear energy is generated from Koeberg outside Cape Town. Most of this energy is carried along long transmission lines (with significant transmission losses) to the Highveld.

Solar PV and wind will have to be complemented with some kind of stabilising technology. Options include gas or nuclear generation or storage. Storage implies that batteries will be required either in the Northern Cape, near most of the solar generation, or located at strategic points along the transmission infrastructure to reduce line losses or allow incremental increases in transmission capacity.

Some of the battery technologies currently being tested in SA include platinum fuel-cell batteries, which use platinum as a catalyst, and vanadium redox flow batteries (VRFBs) using vanadium in an electrolyte solution. Like solar photovoltaic technology, we have seen the installed cost of BESS reduce significantly in the past five years and this is likely to reduce even further, making BESS a financially-viable option.

SA already has rich platinum and vanadium resources that could be exploited to support a local battery industry. Local battery manufacture could supply both SA’s needs and that of other countries in Africa. The vanadium in a VRFB can be fully recycled for use in the steel industry after the battery reaches the end of its life, which helps to keep down the costs and makes vanadium a relatively environmentally-friendly option.

The future decommissioning of coal-fired power will affect jobs at both power stations and coal mines. It is critical to replace these jobs with opportunities elsewhere, preferably those with longer-term security and requiring higher skills transfer. One possible solution to solve grid stability, build incremental transmission capacity and alleviate job losses could be through developing a battery industry in SA.