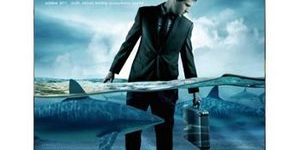 To bank or not to bank

A banking ad on television by one of SA’s leading banks proudly states that in 2010, it provided R50-billion in loans to thousands of South Africans. It goes further and claim that “…R50-billion in loans is more than just a number: it’s a way to change lives”.

And the advert cleverly shows this … a story of a South Africa street… Thandile in her first car, the Willemse’s in their new home and Lebo on her way to Varsity…  There’s enough sentiment in the advert to make anyone switch to a new bank, right?

Well, I’m not so sure sentiment and loans should go hand-in-hand. While we certainly cannot dispute the fact that banks enable people to make lifestyle choices, we often could not afford otherwise. I also think that sentiment should include more around responsible banking and loaning? Do other alternatives exist?

Should we not rather be saving up to buy that car, or plan better to pay for those university fees or for the home?

Perhaps too cautious, but given our recent credit crisis, the effects of which are still being felt the world over, I’d much rather be cautious than overextended at this time.

Sikhumbuzo Mtshali CA(SA), was a Thuthuka Education Upliftment Director, a member of the Eastern Region Council for which he served a term as vice-president and he was member of the APTEC committee.

He served the profession with unwavering commitment, dedication and distinction, and is survived by his wife Thembeka Mbatha, their children Aphiwe and Eyethu, his parents, his three sisters and one brother. He passed away on Saturday, 23 July 2011 at the age of 43.

Mike Carney CA(SA), was secretary at the Cape Society for many years and served several presidents. He passed away on the 12 May 2011.

SAICA remembers and celebrates these two lives with their family, friends and colleagues.