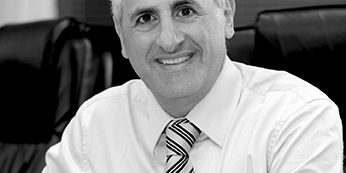 The Aspen pioneer and South African chartered accountant CA(SA) Stephen Saad sold his share of the Covan Zurich business at the age of 29 to pharmaceutical giant Adcock Ingram for a profit of R20 million. He bought a stake in Varsity College together with long-time friend and business partner Gus Attridge – another CA(SA), who is today the Deputy Group Chief Executive of the Aspen Group. Their investment of R1,5 million grew rapidly and was sold in 1997 for a cool R100 million, and that capital was used in the same year to form Aspen Healthcare. The Aspen Group today has 26 manufacturing facilities at 18 sites and on six continents, employing more than 10 000 employees. It distributes products to more than 150 countries and has operations in more than 50 of these. Talk about phenomenal growth!

And how could a pharmaceutical company be more important in the South African context than to address the chronic affliction of HIV/Aids in the country and to embrace the ethos of International Nelson Mandela Day? That is exactly what Steven Saad’s Aspen does, and in starting this company he also echoes what CAs(SA) from various sectors are doing to add to the South African success story.

‘Aspen is performance driven and while there is a real focus on financial performance, the group balances its success by giving back to society. As an example, we are very proud of the fact that Aspen businesses around the world provides time off and support to employees to engage in social upliftment projects of their choice as part of the group’s support for Nelson Mandela International Day,’ Saad explains. Since first implementing support for Mandela Day in 2011, the group’s employees have run over 300 projects in some 40 countries on six continents.

Aspen was selected by two US Presidential programmes to help with managing the HIV’Aids scourge: the Clinton Foundation and the George Bush Emergency Plan for Aids Relief.

There can be no doubt that Saad fervently embraces the SAICA ethos of responsible leadership – someone who is perseverance personified, and who has a personal motto that says ‘to rest is to rust’.

It comes as no surprise that Stephen Saad is the recipient of many awards, of which one was the coveted Ernst & Young 2004 World Entrepreneur of the Year Award. His company has also won various awards and Aspen was ranked the 10th most innovative company by Forbes in its Top 25 Most Innovative Companies in the World list in 2014.

Saad’s philosophies are simple: ‘Focus and discipline are key aspects to personal and professional achievements and balance is one’s life is critical to physical and mental strength. For me, success is a feeling of contentment both at home and in business,’ says Saad.