PROFILE: INSPIRING CHANGE AROUND THE WORLD 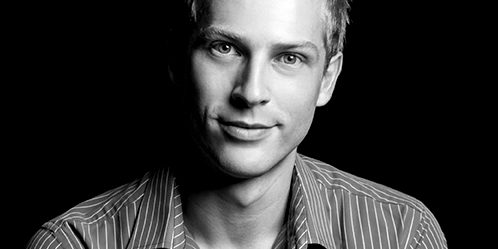 With beautiful Capitol Hill in the background, the stage began to fill with the superstar world leaders that would address the summit over the coming days. Canadian Prime Minister Justin Trudeau, former UN Secretary-General Kofi Annan, equality advocate and film star Emma Watson, Nobel Peace prize winner and microloan guru Professor Mohammad Yunus, South African Public Protector Thuli Madonsela, and many more. Flags were flown by one delegate from each country represented, signalling the start of the inspirational event in Olympic fashion.

The 1 300 young leaders represented almost every country in the world over four days of impactful discussion on topics like countering violent extremism, climate justice, ethics in a world of hyper-speed technology, global development goals and the like.

We listened to an Olympic gold medallist, Nobel Peace Prize winners, global CEOs, current and former heads of state, Oscar winners, former child soldiers, and famous tech company founders. The four days were packed with incredible content presented by some of the most inspirational people in the world.

To me, some of the moments that really stood out were the following.

Professor Yunus started the first micro-finance bank focused on uplifting people from poverty through entrepreneurship.            Launching with only the $27 in his own pocket, he has helped fund millions of entrepreneurial dreams with more than US$13 billion to date. For someone who believes that entrepreneurship can change the world, he is the ultimate inspiration! You can watch his full speech at the summit at https://www.youtube.com/watch?v=-67ePGq9jh8

Professor Yunus is working towards a world with zero poverty, zero unemployment and zero carbon emissions – goals worth laying your life down for.

On people: ‘People have unlimited creativity. Never forget that you are the biggest creation on earth.’

Advocate Madonsela has just finished a seven-year term as the South African Public Protector. In this time, she exposed some of the worst corruption in our government entities and has ensured that many powerful people have been removed from positions of power – power that they abused. It was wonderful to see such a powerful and brave South African woman speak on a global stage.

Her key message was that our troubled world is calling out for EPIC (ethical, purposeful, impactful, committed) leadership. Speaking from a depth of experience, she instructed delegates to lead and create impact beyond title. She finished off by quoting the words of Nelson Mandela: ‘There is no passion to be found in playing small.’

As internal breakout session, the seven representatives of Chartered Accountants Worldwide all took part in a session by fellow CA Alan Horn, focused on the United Nations Sustainable Development Goals. We were introduced to these 17 ambitious, game-changing goals set for our world by global leaders. Launched in 2015, as a collective society we aim to achieve the following by 2030: zero extreme poverty, zero hunger, good healthcare and well-being, quality education, equality, clean water and sanitation, affordable clean energy, decent work and economic growth and more.

These goals are by no means easy to achieve, but with closely knit cooperation from governments, private sector and passionate individuals, being the first generation to achieve these global goals is not outside of our reach. To learn more about the goals and the role each of us can play, go to www.undp.org.

One Young World creates an amazing platform for young leaders to learn from some of the biggest leaders of our time and to build lasting bridges between countries. It has been an inspiration that I hope will keep inspiring people all over the world.

The team at Outsourced CFO will certainly be striving towards the goals and ideals set in the light of this amazing event. Entrepreneurship has a massive role to play in creating a united, prosperous global community. And with chartered accountants having influence across sectors, we find ourselves with a big opportunity to influence the roll-out of the UN Sustainable Development Goals and other for-good agenda items discussed at the conference.

To the nextTeam CAW representing the chartered accountant designation at One Young World – soak in the amazing learnings from each session, build lasting relationships with peers from all over the world, be inspired by the unbelievable things that young people can achieve in the world, and go back home and take action.

Author: Louw Barnardt CA(SA) is the founder and managing director of Outsourced CFO