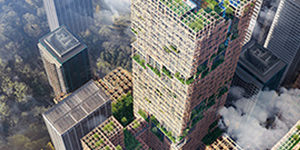 When Magnus Sprenger was given the opportunity to move to China, he simply could not resist the idea of living in the world’s largest country by population – and soon to be the largest economy in the world. Since landing in Beijing last year October, he has not regretted his decision, although he admits it’s the busiest he’s ever been! ‘Beijing is a megalopolis!’ says Magnus Sprenger. It’s the biggest city he’s ever lived in and having experienced various cities right from Berlin to Brazil, we can’t deny his statement holds some weight.

Describe yourself as a person. I consider myself a global citizen, fostering relations between countries and cultures with an overall aim to bring people together.

What do you enjoy most about Beijing? While clearly China has not reached the level of development many Western countries have, among developing countries it stands out in many ways: size, level of urban planning, quality of infrastructure and public safety, for example. I previously also lived in Brazil in similar-sized cities but there the lack of urban planning and infrastructure was clearly visible and public safety was almost nonexistent. These factors make life in Beijing very comfortable. But what I love most is the deep-rooted culture. I live five metro stops from the Forbidden City – what more can I say?

What is your current role at EY?

I call myself the ‘German Ambassador’, which means that I look after our German clients all over China – greater China by corporate definition, which includes Hong Kong, Macao and Taiwan in addition to Mainland China. An accountant by training, I direct all non-accounting-related topics to my colleagues to provide my clients with a one-stop-shop.

How has your CA(SA) qualification benefited your career?

Immensely – my CA(SA) is recognised in the Commonwealth and former Commonwealth countries at the same level as their local qualifications.

You’ve have been working in the profession for 18 years with 11 years being international. Tell us more about the countries you have worked in?

From day one in my career I knew that I wanted to work internationally. During school and university, I had already spent time abroad, namely in Australia, New Zealand and the US. Hence, I joined one of the big six accounting firms at the time in Germany’s largest city – Berlin. After one year my boss conducted the annual review with me and while I confirmed that I probably had the most international client portfolio of the office, I also informed him that working internationally to me meant more than communicating with overseas teams by phone and e-mail. He acknowledged that but told me that he had no immediate fix. Within six months he nominated me for an international programme in Washington DC. This was the foundation for my international career. Here I got exposed to global firm leadership who within a year invited me to work with them at our global headquarters in New York. From there I moved into the US firm’s National Office which was gearing up for IFRS adoption – which never came. From there I went back to Germany for three years where I continued as part of our technical function but also did client facing work in accounting advisory and was admitted to partnership. When the opportunity presented itself, I moved to Brazil for three years to help with the initial adoption of IFRS and from there to Singapore to support the mandatory firm rotation triggered by the EU.

What is the most interesting lesson you have learned in Beijing?

An Australian boss once taught me not to assume. The countries I lived in previously had legal systems that were similar to what I knew from home. I also knew that the legislative process is unpredictable and time consuming. I assumed the same would be true in China. I learnt that here laws can change quite rapidly when a good case is being made and the proposed legislation has advantageous outcomes for the country. That is very positive and came as a surprise to me.

What have been some of the challenges you have encountered?

First and foremost, language is an issue. While I believe Chinese students have to learn as much English as German students, they get little opportunity to practise and therefore are not comfortable using it. In addition to my native German I speak English, French, Spanish and Portuguese. My first foreign language was Latin, which has helped me a great deal. Chinese is completely different. I have started to take lessons, but even with a concerted effort I will only be able to learn basic Chinese during a five-year period − and that does not include the ability to read or write.

What do people do in Beijing to relax and enjoy their free time?

Beijing is the capital and has many tourist attractions. The country is huge. One can travel in it for years without having to visit the same place twice.

What is the quality of living like in Beijing?

The quality of life is high. Before I moved many friends and colleagues warned me of the high level of air pollution. But since I arrived, things have improved markedly. The government has put environmental protection at the top of its agenda and passed legislation prohibiting the burning of coal – a major source of particulate matter – north of the Yangtse River. As a consequence, coal power plants have been replaced with gas-burning power stations emitting no particulate matter. The result is that the air quality in Beijing this winter has improved significantly.

What do you miss most about South Africa?

Many people will have heard about the metro in Tokyo where platform staff push passengers into the trains so the doors can close. In Singapore entering and leaving the MRT is a lot more civilised and is supported by five comic figures called Get on Glenda, Move in Martin, Hush Hush Hanna, Bag down Benny and Stand up Stacy. While they seem to designed for children, I believe they are really meant for adults, to teach them manners and politeness. They have not yet been introduced in Beijing and in the morning it is an amazing sight to watch people embarking and disembarking from the subway. It looks like opening a bottle of champagne. When the doors open, a wave of people − not all wanting to leave the train – pop out and wash against an identical wave of people trying to move in. One needs strong legs and even stronger arms not to be washed away.

What does a South African earn in Beijing? How does the income tax system work?

The average income in Beijing in 2017 was R560 000, while the median was only R185 000. Income taxes can amount up to 45%, which is significantly higher than in Singapore where I previously lived and where the highest tax rate was 22%.

Beijing classifies foreigners into grades A, B and C. C is for jobs which can be done by locals. Foreigners with this classification should expect their work permits not to be renewed in the not too distant future. Foreigners classified as B are those in desirable professions where there are insufficient domestic resources at the moment. But even those classified as B will have to think about their long-term prospects once the C-classified workers are sent home. A is awarded only to outstanding personalities in business and other fields who have for example won internationally recognised prizes such as the Nobel Price. Incomes vary widely according to classification.

What is the cost of living like in Beijing?

To my surprise, rent is higher than in Singapore and reaches levels I previously encountered only in Manhattan. Food, electricity and water are surprisingly inexpensive. Electricity has to be purchased with a pre-paid card. The same is true for gas. Water, on the other hand, is metered and gets invoiced at regular intervals according to consumption. Transportation by public transport is also very cheap and taxis are equally cheap. Regarding cars, it depends whether they are imported or produced domestically.

Based on these two factors, can a South African come to Beijing to save money or is it difficult because of the cost of living?

Overall, the cost of housing cannot be balanced against the cheaper cost of food and utilities. So, in the end, the cost of living in Beijing is quite a bit higher than in South Africa.