FOCUS: The Ethicality Of CAs(SA) Serving On Boards 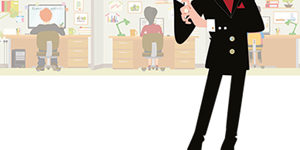 The ethical conduct of CAs(SA) has a direct or indirect impact on the organisations that they lead and is strengthened and governed by the SAICA Code of Professional Conduct (CPC), which strives to ingrain high moral fibre in all SAICA’s members. This article considers the ethicality of CAs(SA) serving on the board of directors of the Top 40 JSE-listed companies

Good governance and ethical leadership are critical for successful economies and business growth. This is supported by Kallinowsky, who as far back as 2007 subscribed to this: ‘It is universally acknowledged that eliminating corruption is a prerequisite for societal and economic development. Good governance and transparency are building blocks of modern democratic societies. The question is no longer whether corruption hinders sustainable development, but much more how societal actors can collaborate to eliminate corruption in all its forms, including bribery and extortion.’1 The allegations of state capture and private sector organisations that have fallen prey to corrupt activities raise the question whether professions are successful in their attempts to eliminate corruption and act ethically in everyday business situations.

Chartered accountants in South Africa (CAs(SA)) play a critical role in business and governance structures and the CA(SA) qualification is held in high esteem. This is reflected in the words of the CEO of SAICA, Dr Terence Nombembe: ‘We surveyed all the companies listed on the JSE; there were 4 035 directorships in all, of which 1 025 (23,8%) are held by Chartered Accountants South Africa CAs(SA). That’s almost a quarter of the total and CA(SA) is the most predominant business qualification represented. When we look at CFOs or financial directors, CAs(SA) constitute 74,3% and 21% of CEOs or managing directors are CAs(SA).’2

Thus it is evident that the CA(SA) designation commands a high level of trust and respect in organisations in South Africa. The ethical conduct of CAs would consequently have a direct or indirect impact on the organisations that they lead. The ethical conduct of CAs(SA) is further strengthened and governed by the SAICA Code of Professional Conduct (CPC), which strives to ingrain high moral fibre in all SAICA’s members.

THE CONCEPT OF ETHICS AND ITS COMPONENTS

Ethics defined. For centuries philosophers have attempted to formulate a definition of ethics. Some of the definitions are as follows:

From the above it is evident that ethics has been a topical concept in society for many centuries.

In an attempt to guide organisations with a code of best practices, the first King Report on Corporate Governance was issued in 1994. This report was internationally recognised as a comprehensive publication that adopted an inclusive approach to corporate governance.5 Since 1994 there has been three revised reports, and the King Report on Corporate Governance remains the compass for business ethics in South Africa.6

King IV states that the responsibility for overseeing ethics in an organisation lies with the governing body, which includes the board of directors.7 Good corporate leadership results in an embedded ethical culture, which starts with the board members setting an appropriate example.8 It can be deduced from this that the board of directors will need to adhere to King IV requirements to attain good corporate governance, and, accordingly, ethical behaviour.

Professional ethics defined. An organisation is made up of individuals, and in order to establish an ethical culture and adhere to business ethics, the individuals of such organisations should have a strong moral sense of right and wrong.11 Every profession has its own set of rules that members need to adhere to in order to operate within their profession. This set of rules is referred to as professional ethics.12

The accountancy profession in South Africa is distinguished by its responsibility to act in all stakeholders’ best interests. As such, all CAs(SA) are required to comply with the SAICA CPC. The SAICA CPC consists of three parts. Part A of the CPC is the general application of the Code, which outlines the fundamental principles of integrity, objectivity, professional competence and due care, confidentiality and professional behaviour. Part B of the Code is applicable to CAs(SA) serving in public practice, and Part C to CAs(SA) in business. Parts B and C of the CPC address specific ethical issues that the relevant CA(SA) might be faced with.13

There are several reasons why professional ethics are important. This was very well defined as far back as 1991 by Davis, who sums up the different reasons in one statement: ‘The code is to protect each professional from certain pressures (for example, the pressure to cut corners to save money). A code protects members of a profession from certain consequences of competition. A code is a solution to a coordination problem’.14 This still holds true today, and accordingly professional ethics should serve as a moral guide and provide the necessary and appropriate guidance for the professional individual in order that he/she does not misuse the information advantage.15

Given the prominence of CAs(SA) in business, it is reasonable to argue that ethics and business ethics are an integral part of their everyday life and work responsibility.

The objective of the article is to assess the ethicality of CAs(SA) serving on the boards of directors of the Top 40 JSE-listed companies. This was done by means of a qualitative research method.

The study comprised analysing recent corporate scandals (up to 23 November 2017) to ascertain whether CAs(SA) were on the board of directors and/or took part in unethical conduct. This was done through a Google keyword search of the Top 40 JSE-listed companies paired with unethical terms.

By inspecting integrated reports, the researchers obtained the names of all the board members and verified their SAICA membership on the SAICA website. Thereafter a Google search was performed on their names, followed by carefully selected phrases that are most commonly used when unethical behaviour occurs in organisations, for example bribery, tax evasion, collusion, fraud, price fixing, fronting, and related party fraud.

POSSIBLE LIMITATIONS OF THE STUDY

The Top 40 JSE-listed companies as at 23 November 2017 were selected because this group comprises the largest companies based on market capitalisation and the JSE is also South Africa’s best-known and most closely watched local exchange index.16 This study is thus limited to the Top 40 JSE-listed companies’ board of directors and may not be representative of the whole population. It should also be noted that the study was done before the reporting of irregular conduct in December 2017 in Steinhoff, many of whose directors are CAs(SA).

The research data revealed the following. It is alarming to observe that, as the findings indicate, CAs(SA) were involved in or were associated with such reported unethical and irregular activities, even if the reported findings are low numbers. The issue that also arises is where the governance processes were that should have ensured that company directors and officials are persons of the highest moral compass.

It must also be acknowledged that, from an audit point of view, the difficulty is that there is not always an audit trail to follow when it comes to unethical behaviour, as such activity usually takes place outside normal business discussions. As such, these conspiracies are by nature secret and difficult to detect.

One of the major developments is the inclusion of a section named ‘Non-Compliance with Laws and Regulations’ (NOCLAR) in the SAICA CPC. The NOCLAR section is a framework that has been established to assist auditors and other CAs(SA) in business on how they should act in the public’s best interest and what actions they should take when they are aware of potentially illegal acts committed by their clients or employers. NOCLAR will provide a clear guideline for auditors and other professional accountants to disclose potential non-compliance without being constrained by the ethical duty of confidentiality. It also places renewed emphasis on the role of senior-level accountants in businesses to promote a culture of compliance with laws and regulations, and to prevent non-compliance within their organisations.

The research findings demonstrate that the CA(SA) profession is one that exhibits high moral values. However, the fact that there are some CAs who are involved in irregular activities is alarming. This is something that each individual CA as well as SAICA should work vigorously to eliminate.

10 B Marx and G Els, The role of the audit committee in strengthening business ethics and protecting stakeholders’ interests, African Journal of Business Ethics, 4(1)2009:5−15, at 6.