Recommend: Ethics to the rescue Part 2 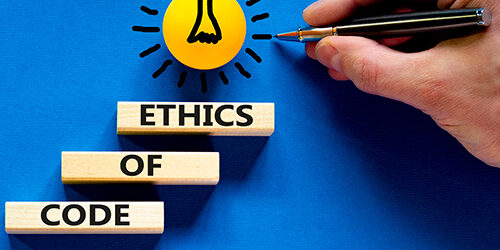 Investigation into the affairs of the company

(1) As soon as practicable after being appointed, a practitioner must investigate the company’s affairs, business, property, and financial situation, and after having done so, consider whether there is any reasonable prospect of the company being rescued.
(2) If, at any time during business rescue proceedings, the practitioner concludes that –
(a) there is no reasonable prospect for the company to be rescued, the practitioner must –
(i) so inform the court, the company, and all affected persons in the prescribed manner; and
(ii) apply to the court for an order discontinuing the business rescue proceedings and placing the company into liquidation …

If the business rescue practitioner discovers that the entity cannot be rescued, in terms of sections 141(2)(a)(i) and (ii) of the Companies Act, he or she must inform all creditors accordingly and then apply for an order discontinuing the rescue and placing the entity in liquidation. This can create another ethical test for business rescue practitioners who must put their personal interests to one side, assess the situation and apply to the court for conversion of the proceedings into liquidation.

Balancing the rights of all affected persons

Section 7(k) of the Companies Act states that the ‘purposes of this Act are to … provide for the efficient rescue and recovery of financially distressed companies, in a manner that balances the rights and interest of all relevant stakeholders …’.

While the wording of this obligation is clear, in practice it can become quite difficult to achieve this novel endeavour. An example of a difficult situation that often arises is where the sponsor to a rescue dictates the terms of the funding that is to be provided or the terms of the business rescue. These terms might favour the sponsor over employees and other creditors but without such funding, the entity may not be saved and many employees’ jobs may be lost as a result.

One can also imagine how difficult it would become at times to balance the interests of shareholders with those of employees and creditors.

The Supreme Court of Appeal in Kransfontein Beleggings (Pty) Ltd v Corlink Twenty Five (Pty) Ltd 2017 JDR 1577 (SCA) held that not even a court can alter an approved business rescue plan and ‘foist on creditors a plan which they have not discussed and voted on’ and that ‘the only plan which practitioners can implement is one adopted by creditors in accordance with section 152 of the Companies Act’.

Effecting such amendments in these circumstances is accordingly unlawful and unethical.

It is clear from recent case law that the courts are taking a dim view of business rescue practitioners that do not act with integrity or do not properly comply with the requirements of the Companies Act.

In the unreported case of EBM Project (Proprietary) Limited (In Business Rescue), the business rescue practitioner of EBM brought an application for liquidation and attempted to circumvent the requirement to notify affected persons of the legal process.
Judge Opperman found that any conduct that has the effect of preventing the participation of affected persons in litigation is unlawful. This is because any such conduct defeats the statutory rights afforded to affected persons.

In the matter of Montic Dairy (Pty) Ltd (in liquidation) and Others v Mazars Recovery & Restructuring (Pty) Ltd and Others 2021 (3) SA 527 (WC) the court confirmed that any payment of fees or disbursements to a business rescue practitioner will be voidable and capable of being set aside in terms of section 341(2) of the Old Companies Act (61 of 1973) if made after the commencement of liquidation. What was interesting in this case is that the courts applied Section 348 of the Old Companies Act, that is, that the date of liquidation was the date that the liquidation application papers were issued by the High Court. In effect, when the provisional liquidation order was granted, it was done so retrospectively to that date. It was during this period, that is, from the date of issue of the liquidation application and until a provisional order was granted, that the business rescue practitioners paid themselves substantial fees which the courts then set aside.

This highlights the dilemma faced by business rescue practitioners if their investigations indicate that the company is no longer capable of being rescued, in as much as they are obliged to apply to place the entity in liquidation if they discover that it is not capable of being rescued, whilst being fully aware that this course of action may result in them having to pay out of their own pockets to launch the application for liquidation (including all of the costs associated therewith i.e. attorney’s costs, counsel’s costs and administrative costs).

Business rescue practitioners who find themselves in this intolerable position would then again test their ethics as they could not properly but legally apply other sections of this chapter to avoid them having to pay such costs. By example, they could propose a business rescue plan which they know will be rejected by creditors and then on such rejection if affected parties do nothing further, file a notice taking the company out of rescue. Effectively they would then circumvent their obligation to apply to the court at a substantial cost to themselves to place the company in liquidation. This conduct, although legal, will be frowned upon from a strictly ethical and moral perspective.

Conclusion
As concluded in Part 1, it is clear from the applicable jurisprudence that our courts are uncompromising in their endorsement of the high ethical standard required of business rescue practitioners, albeit that their duties may not necessarily be equated to those of an officer of the court or a director of a company.

With this in mind, business rescue practitioners should stick to the letter of the law when carrying out their duties. When the law is unclear, they should adopt the mantra set out in section 7(k) of the Companies Act and attempt to balance the rights of all affected parties, as difficult a task as this may turn out to be. When it is difficult to apply section 7(k), a business rescue practitioner should then take the decision which is morally and ethically correct.