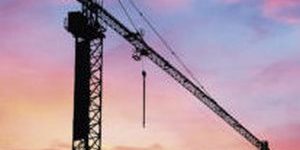 Sub-Saharan Africa is one of the fastest-growing economic hubs in the world. The average real gross domestic product for the whole of the region has been rising by 5% a year and real income per capita has increased by 2,1% a year, according to the African Development Bank.1 Prices for minerals, grain, and other raw materials soared on rising global demand and Africa is set to benefit from the continuing upsurge in commodity values.

Yet the absence of crucial physical infrastructure on most of the continent remains the biggest obstacle to achieving the region’s full economic potential.

First, countries in Africa cannot capitalise on value of their substantial resources without the transport infrastructure in place to export. Acute shortages in water, power and communication networks are also significant challenges for businesses across all sectors.

Mozambique is a prime example of this, with its massive construction boom over recent years being primarily driven by the coal industry. The government and the mining companies operating in the country have had to invest substantial amounts of time and hundreds of billions of dollars in capital to construct rail and road infrastructure, as well as upgrade port facilities before the export of resources to the international market could begin on a meaningful scale.

Along with this, the continent also has vast human capital that, again, cannot be developed without the power, affordable transport, health and educational infrastructure to sustain economic growth, employment and skills creation, improved living standards and poverty reduction.

In short, there is a need for more infrastructures, and investors who have capital to invest are still impeded from participating in profitable markets with high growth potential owing to the continent’s largely underdeveloped state.

The global alternative investment industry, which includes assets such as private equity, hedge funds, and infrastructure, is estimated to be worth around $13 trillion by 2020.2 It is predicted to be the fastest-growing segment of the asset management industry globally over the next ten years, and Africa is ideally positioned to take advantage of this.

The potential for infrastructure investors in the consumer market

Natural resource and skills development is only one part of the continent’s potential. The retail space also offers significant return on investment for international stakeholders. South African retailers venturing into sub-Saharan Africa, for instance, found that the inferior construction standards of buildings in many of the countries posed a potential liability.

Much like the resource companies in Mozambique, these retailers consequently invested in the construction of their own malls in order to be able to create the environment where they can meet and trade with their customers.

The possibilities in the consumer market are only just being unlocked. Countries in sub-Saharan Africa have achieved great progress following the stabilisation of the region’s social, political and economic situation, and the South African government has fostered amicable trade relationships with its neighbours and beyond within sub-Saharan Africa. This has created a perfect opportunity for South Africa-based infrastructure development companies.

Telecommunications in Liberia, Ghana, Nigeria and Tanzania; retail and food in Zambia, Malawi and Mozambique; and mining in Ghana, Tanzania and DRC have only been a few of the most important opportunities that South African companies have been able to capitalise on in recent years. And some of the most well-known corporates, including ABSA, FNB, MTN, Vodacom, Pick n Pay, Shoprite and Impala Platinum Mines, have expanded their footprints on the continent with notable success.