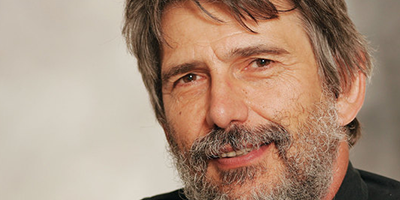 Colleagues and friends of the late Prof Enrico Uliana agreed that the university has benefitted immeasurably from his contribution. (Photo: UCT NEWS)

The University of Cape Town (UCT) community is mourning the passing of Professor Enrico Uliana (16 February 1950 – 24 January 2022), an acclaimed and respected academic, an exemplary teacher, and the university’s executive director (ED) for finance from 2001 until his retirement at the end of 2015.

Professor Uliana passed away on Monday, 24 January. Since the news of his death broke, tributes have been pouring in from far and wide for the ‘canny financial man’ who regarded finance as ‘an art rather than a science’.

During his tenure at UCT, Uliana straddled two roles – a unique position for most at the institution. By day he kept an eagle eye on the university’s bottom line from his office in Bremner – the university administrative headquarters − and by night he lectured and supervised postgraduate students in financial management.

Uliana was a professor of accounting and completed all his studies part-time. He held a PhD, Master of Commerce, Bachelor of Commerce (Honours) and Certificate in the Theory of Accounting (CTA). He published 50 papers internationally in scholarly and professional journals; he served as the editor of the South African Journal of Accounting Research, as well as an editorial board member of Meditari Accountancy Research and the South African Journal of Economic and Management Sciences. In addition, he acted as a referee for local and international journals and served on review panels for the National Research Foundation.

‘Enrico Uliana was multi-faceted and made significant contributions [to UCT] in many spheres. He was unusual for finance directors in South African universities – having both an understanding of and a commitment to the academic project. He understood that it was important for research teams to have decision rights on the funds the university holds on their behalf and inspired a culture in his colleagues and his department that respects the academic project,’ said former UCT registrar Hugh Amoore.

‘A wonderful human being’
Amoore said Uliana was an avid cyclist and in the 1970s was one of the founding members of the Pedal Power Association. He enjoyed sketching, and to accommodate him, where possible, agenda items for UCT’s Saturday Council meetings were often arranged with Uliana in mind. The readjusted meeting schedule meant that he could attend his morning classes at the Ruth Prowse School of Art and the Frank Joubert Art Centre (now the Peter Clarke Art Centre).

His love for opera music was unbounded and he served as a board member of Cape Town Opera, which Amoore described as one of his ’lesser-known contributions’.

As an academic, Amoore said, another one of Uliana’s triumphs at UCT was successfully supervising a steady stream of PhD students in the Faculty of Commerce. He was also a ‘major contributor’ to the production of black PhD graduates in the faculty.

‘He was a wonderful human being, grounded in his faith. He and I were twins, and though in all manner of ways different. We understood each other. I mourn the passing of a friend. Liz [Uliana] knows that the man she loved is now at peace. All who knew him, and especially his family will not forget him,’ Amoore said.

‘He was a character, essentially Italian and loved all things Italian. He was so incredibly knowledgeable about opera … he couldn’t handle a performance that didn’t match up to the all-time greats,’ Dr Price said fondly.
‘He had a wonderful, slightly dismissive approach to budget details and belied the accountant stereotype. He mentored and nurtured his junior staff and delegated major responsibilities so that they would grow in their roles. And throughout his time [as ED], he continued to teach and supervise postgraduate students – something he loved. My condolences to all those who were close to him.’

Leading academic
In his reflection, Emeritus Professor Hugh Corder, former Chair of Public Law at UCT, said Uliana was a leading academic who understood the ‘quirkiness and sometimes irrationality of academic thought processes’.

Emeritus Professor Corder described his shift in approach and the ‘good common sense’ he brought to UCT’s finances when he took over as ED for finance at UCT, as palpable. Corder said Uliana also played a critical role in bridging the gap between academic and professional administrative support and service (PASS) staff at the university.

‘He took no nonsense from grandstanders and had the uncanny ability to explain the overall [finance] picture to financially illiterate but intelligent people, while all the time being completely on top of the minute details,’ Corder said.

‘UCT owes Enrico a huge debt for his wise and sober counsel at all times, and for his wit and righteous intolerance of anything less than the best. His legacy lies in the robustness of our financial situation in these trying pandemic times.’
Mentor, colleague, friend

Professor Daya Reddy, former dean of the Faculty of Science, agreed. He said Uliana was probably the most ‘unusual’ ED of finance in the university system at any given time. Yet, he said, UCT benefited immeasurably from his expertise and ‘intellectual gifts’, which always included a good dose of pragmatism and common sense.

But, he said, Uliana’s mentorship extended way beyond his colleagues in the Finance Department.

‘As a somewhat inexperienced dean at the time, I was given an expert tutorial by him, with enduring benefit on management, delegation and on answering the question: “Who’s got the monkey?” From the tributes that have been shared it is clear he will be remembered with great fondness – a wonderful human being,’ Professor Reddy said.

‘He was incredibly highly regarded by academics. Since he became ED of finance, he also understood what the core business of the university was about. That was because throughout his time in office he continued to supervise PhD students and play a leading role nationally and indeed in some respects internationally as a world-class academic accountant,’ Emeritus Professor O’Connor said.

Professor Danie Visser, UCT’s former deputy vice-chancellor for research and internationalisation, said Uliana’s passing is a sad loss. ’I will remember him as a kind and generous person and for the many chats we had about opera,’ Professor Visser said.

Unique leader
UCT’s director for management accounting, Tony Dollery, paid a fitting tribute to his mentor and the man who helped shape his career in the Finance Department.

Dollery recalled how when he was relocated to the Finance Department from the Faculty of Commerce 18 years ago, true to his ‘empowerment style’, Uliana told him to create his own niche and write his own job description (within certain boundaries). And in so doing, define his contribution to the department and the university at large.

‘That was a daunting and challenging process for me at the time, but one which in retrospect was key in allowing me to determine my own vision and to think creatively about my role. In similar ways, he empowered his entire senior finance team to excel under his unique leadership,’ Dollery said.

‘Enrico was a brilliant mind and a legend of both the Faculty of Commerce and Bremner. There will only ever be one Enrico Uliana – and he will be missed.’

Uliana is survived by his wife, Elizabeth, and three children.