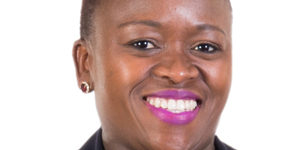 “South African Airways has announced the appointment of Phumeza Nhantsi as SAA’s new Chief Financial Officer (CFO). The appointment is effective from 1 May 2017,” SAA said on Wednesday.

The 39-year-old Nhantsi was appointed as SAA’s Interim CFO in November 2015 after the position was left vacant following the departure of Wolf Meyer.

The appointment followed a rigorous recruitment and selection process before a recommendation was made to the Shareholder for concurrence.

“Since the appointment of the full-strength Board in September 2016, the focus has been on stabilising the business and one of the priorities was to ensure that key management vacancies are filled.

“This is one such key appointment for the airline to ensure that SAA’s strategic objective of transforming the business into a financially sustainable aviation group is achieved,” said SAA Acting Chief Executive Officer Musa Zwane. Prior to joining SAA, Nhantsi was a Director at SizweNtsalubaGobodo, the fifth-largest accounting firm in Southern Africa and the largest black-owned and managed firm.

She was temporarily seconded from SizweNtsalubaGobodo to SAA.

Nhantsi, who is a chartered accountant, has extensive experience in the financial services and aviation arena.

“We congratulate Ms Nhantsi on her appointment and wish her well in executing her responsibilities,” said Zwane.