SAICA’s Statement on the Steinhoff matter 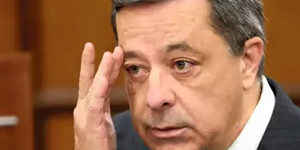 SAICA notes the Overview Forensic Investigation report into Steinhoff that was released by the Steinhoff International Holdings NV Boards on 15 March 2019.

Furthermore, following a discussion between a number of parliamentary committees on Tuesday, 19 March 2019, the names of eight implicated individuals have been published, two of whom are SAICA members and therefore fall under the Institute’s jurisdiction:
• Markus Johannes Jooste
• Andries Benjamin la Grange

SAICA investigates all instances of alleged improper conduct by members, including member involvement in unethical business practices which are in contravention of the SAICA Code of Professional Conduct (SAICA Code). SAICA takes matters like these seriously and would like to reiterate that any SAICA member found to have contravened the SAICA Code will be held accountable.

Considering that more chartered accountants and therefore SAICA members could be implicated in the Steinhoff matter, SAICA will request
relevant details from Steinhoff in order to provide input to the Institute’s own investigative and disciplinary procedures.

SAICA remains resolute in its pursuit of its mandate to serve the public interest, promote the interests of its members, and support the development of the South African economy and society by insisting on a high standard of professional behaviour on the part of its members and to preserve and maintain the integrity and status of the accountancy profession.

How the SAICA disciplinary process works

While SAICA will not comment in the media on any disciplinary matters that are ongoing as it could jeopardise the administration of justice, we can confirm how the disciplinary process works.

It is important to note that the SAICA Code applies only to its members, namely individual CAs(SA), and not accounting, auditing or consultancy firms. The investigation of firms and individual registered auditors for their audit conduct falls under the jurisdiction of the Independent Regulatory Board for Auditors (IRBA). As per SAICA bylaw 19.2, all complaints in respect of registered auditors are initially referred directly to the IRBA. SAICA will use the findings from the IRBA as part of its disciplinary processes related to CAs(SA) who are registered auditors.

All implicated CAs(SA) will be subject to the SAICA investigation and, where appropriate, disciplinary process. SAICA does not have powers of search, seizure or subpoena, so we rely significantly on the investigative capacity and findings of external prosecutorial authorities which have these powers to form input to our hearings. All CAs(SA) are bound by the SAICA Code and, as such, are treated equally and are subject to the same rules.

More information on SAICA’s disciplinary process can be found at http://governance.saica.co.za/.

“SAICA is working to restore trust in the profession and ensure that our members, irrespective of the roles they happen to occupy, operate in the public interest. For this reason, we will leave no stone unturned in our quest to ensure that any CA(SA) who is found to have transgressed the SAICA Code is dealt with appropriately. Investigations and disciplinary processes do take time to ensure appropriate due processes are followed and that a fair and proper outcome is achieved. SAICA members who fail to uphold the highest ethical and professional standards compromise our public and private sector institutions and our economy as a whole. – Freeman Nomvalo, SAICA’s CEO.