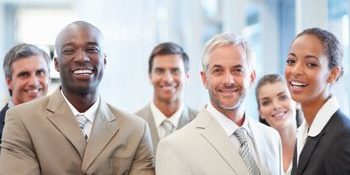 Deloitte is proud to present an abstract of our 6th Deloitte CFO Survey to you. This year our survey was extended to include chief financial officers (CFOs) operating in five African countries (Botswana, Malawi, Namibia, South Africa and Zambia). Deloitte conducts this survey each year to provide a better understanding of the current mind-set of CFOs. From this survey, we hope to gain insights into the underlying mood of CFOs and to ascertain what the underlying drivers are which are shaping their behaviour and driving their strategic choices.

In an environment of uncertainty with confidence levels declining, CFOs and business are taking their feet off the accelerator. While not stopping entirely, CFOs and companies are certainly behaving more cautiously. The optimism that we had seen in 2012 is still present, but companies are no longer reacting positively to it in the way that we saw last year. CFOs are clearly concerned and they have shifted their strategies towards more defensive plays.

This is surprising, given some of their underlying views which may be indicating the opposite:

• South African CFOs are expecting growth (3–3.7%), which is still higher than most economists are forecasting.

• A further 85% believe that 2014 will again bring about an improvement in their company’s performance.

• Only 21% of CFOs forecast higher interest rates over the next 12 months, pointing to cheaper funding being available.

Nevertheless, CFOs seem to be more concerned about containing costs and the effects of these on underlying profitability and less about adopting growth strategies or innovation programmes, as reflected in their key areas of focus for 2013/14:

• Cash flow priorities: The focus will be on retaining cash for liquidity and improving current operations rather than investing in innovation and new products.

• Business strategies: The top-ranked strategy for CFOs is ‘improve operational efficiencies and optimise processes’ and the third ranked is reducing operating costs and/or rationalising operations.

• Smart technology: The top two reasons provided by CFOs for using smart technology are to improve efficiency and to achieve improved resource optimisation. Improving the offerings to clients comes lower down the list.

• Social media: This important mechanism to reach stakeholders is not widely used by CFOs.

CFOs are also worried about their currency depreciating in value, although this is more prevalent in South Africa than in the other countries surveyed. Growth strategies are, however, not totally off the list for all CFOs. Despite the debilitated state of the global economy, there are pockets of growth which can yield positive returns for companies. Those companies that have consistently focused on the cost-cutting cycle have now emerged looking for growth. Although they still remain focused on optimising costs as a core strategy of the company, there is an appetite in some quarters to seek growth from increasing focus on customers, channels and products.

For the first time, the 2013 Deloitte CFO Survey probed the extent to which the respondents trade with any of the BRICS countries. Given the extent of media coverage regarding the growth of South–South trade, we found these figures insightful. While South Africa is the BRICS country with which the other four countries surveyed in the region concludes most of its trade, we found that the respondents from the other four countries surveyed (Botswana, Malawi, Namibia and Malawi) do not source a significant amount of their imports from the balance of the BRICS countries. In addition, most South African companies surveyed source less than 24% of their imports from other BRICS countries.

The majority of businesses throughout Southern Africa are showing improved performance. Nearly a quarter (22.3%) of South African CFOs reported that their organisations have shown a significant improvement in performance over the past financial year, while the rest of the countries surveyed reported an even higher 27.3%. A further 25.5% of South African businesses, and a much higher 37.7% of CFOs in Botswana, Malawi, Namibia and Zambia, reported that their firms had improved to some extent. This represents a healthy improvement on last year’s survey.

… and the outlook is even more positive

Looking to 2014 and 2015, CFOs are certainly optimistic. Some 85% of respondents believe that 2014 will bring about an improvement in their company’s performance. A similar percentage see a continuation of the good performance into 2015.

The cost and availability of funding conditions have deteriorated somewhat

Although the majority of CFOs have stable views of interest rates in the short term, 31% of those surveyed still believe the cost of funding has increased. This is a noticeable rise in the perceived cost of funding from the prior year. However these views are more weighted for the surveyed countries outside of South Africa, where 38.2% of CFOs find funding to be fairly expensive and a further 21.1% found the cost of new capital to be very high.

Across all regions, only a marginal reduction in views pertaining to the availability of capital was noted.

Stepping onto the back foot

In both the 2011 and Q1 2012 iterations of this survey, the two primary business strategies as viewed by CFOs were to improve efficiency of the finance function and to reduce operating costs and rationalise operations. We were elated when companies switched focus in Q3 2012 and began embracing the potential for growth in their strategies.

In the 2013 Deloitte CFO Survey, however, we note that there has been a tentative trend back toward defensive strategies, albeit not exclusively. The top-ranked strategy is now ‘improve operational efficiency and process optimisation’, with 60% of the companies surveyed currently following this strategy and a further 16% stating that they are likely to adopt this as a strategy. In addition, 58% of the companies are reducing operating costs and/or rationalising operations with another 15% likely to follow suit in 2013.

This dichotomy of strategies seems to reflect the economic stresses facing businesses. There is concern for the global (mainly developed world) economies but greater optimism regarding the emerging markets. While the South African economy is not operating at its peak, other Southern African states are performing particularly well, with handsome growth forecast in the short to medium term.

Early retirement is tempting but can you afford it?
December 13, 2019
Advertisements