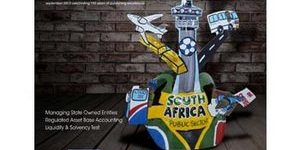 It’s all about accountability

For months now Government’s apparent unwillingness to accept responsibility for its actions – or lack thereof – has been questioned and debated. The spotlight is squarely on its apparent inability to deliver on fundamental citizen rights such as passable education and basic services such as water electricity and health.

Auditor-General Terence Nombembe’s recently published 2011 local government audit report was deeply depressing, with just 5% of all municipalities across South Africa receiving clean audits – that is if they managed to get their financial records completed on time. It is clear that our municipalities severely lack financial management skills. An article (p.24) that addresses the financial skills shortages in the public sector points out that a SAICA report found just 0,1% of finance positions in the public sector being filled by CAs.

Nombembe also addressed crucial failures in government linked to a lack of leadership and a lack of accountability. This conclusion was starkly underlined when in a radio interview, President Zuma blamed Hendrik Verwoerd and the apartheid regime for the current government’s inability to deliver basic services, such as in the highly-publicised Limpopo textbook saga. While we cannot disregard the wrongs of the past, we have to ask ourselves ‘where does the buck actually stop’, when a government ruling the country for more than 18 years is reluctant to take accountability, or at least give straight answers on the current problems that surround us.

The Times editor asked this question: ‘If we had to manage South Africa as a JSE listed company, where would it find itself?’ How long will the shareholders (e.g. taxpayers) allow the CEO to stand before them and blame the company’s performance on past owners, when new management has been in charge for nearly two decades? As Mamphela Ramphele pointed out … South Africa could self-destruct before 2020 if it continues on this downward track.

It’s been suggested that government should abide by the same governance principles as the private sector. Our tax money should be seen as investment in the country and therefore government should act as the trust manager of taxpayers’ money. Good governance is like a licence to do business and should be an entrenched philosophy within organisations and government. State owned companies should be accountable to the public they serve – and that accountability is what good governance is all about.