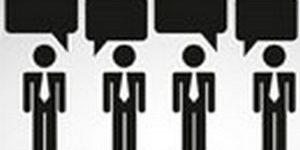 Jeanine Poggiolini analyses the results of the ASB’s recent post-implementation of GRAP 16 Investment property and GRAP 17 Property, plant and equipment and finds that there was positive support for the standards – but challenges remain

Both users and preparers of accounting standards who were consulted during the recent review of asset-related standards supported the application of these standards.

However, key challenges remain, relating mostly to the level of skill and capacity required to support both the ongoing application of existing standards and the implementation of new standards.

The users and preparers also highlighted a number of areas in which the requirements of the standards needed to be clarified or enhanced. The most significant of these, and that may impact on the Board’s future work, are discussed in this article. A full report and analysis of comments received is available on the ASB’s website.

DISTINCTION BETWEEN INVESTMENT PROPERTY AND PROPERTY, PLANT AND EQUIPMENT

Preparers noted that practical application issues arose in trying to distinguish between investment property and property, plant and equipment. These arise because the government holds significant property portfolios for rental, development or use in operations. The following key issues were noted:

•         The classification of properties is often based on their current use, which is           sometimes of a temporary nature. This results in a high number of reclassifications           from year to year.

•         Land held for an undetermined use is classified as investment property. However,           given that the objective of the public sector is to deliver services, land held is likely           to be used for fulfilling of future objectives of the government itself rather than for           speculative purposes.

•         Rental charged does not need to be market related to be classified as investment           property. However, given that property may be rented as social housing or to other           entities to achieve certain policy objectives, it may be difficult to determine whether           a property is held for rental to others or to achieve an entity’s objectives.

The Board agreed that it would revisit the principles and guidance in the standards related to the classification of properties.

As entities in the public sector work together to achieve common objectives, they often contribute assets collectively to achieve those outcomes. It could then be unclear which party should account for what assets, and on what basis.

Preparers consistently highlighted issues relating to the recognition and derecognition of land (and to a lesser extent, buildings). There is uncertainty about whether land should be accounted for based on whether an entity has legal title, or whether control should be assessed.

Most of the issues relate to housing developments by municipalities, land owned by the Department of Public Works, or land owned by tribal authorities, as the following examples show:

•         The Department of Public Works is the custodian of property in terms of the           Government Immoveable Asset Management Act 19 of 2007. It is also tasked with           providing accommodation to other government entities and, as a result, owns a           significant number of properties. As these properties are utilised by other entities, it           could be argued that other entity controls the property. Entities may also construct           assets on land owned by the department, which raises questions about how to           account for the land and the structures erected on it.

Given the significance of these issues, the Board has agreed to develop Interpretation of the Standards of GRAP on the recognition and derecognition of land on the basis of legal title or control.

Preparers at municipalities raised concerns about the consistency of the accounting treatment applied to housing schemes.

While the details of each agreement are likely to differ, they are also likely to have common features.

On this basis, the Board agreed that, while specific accounting guidance cannot be provided to deal with the two types of schemes because of the individual and unique features of each one, it may be useful to issue a document similar to the PPP Guideline, in which high-level guidance on these transactions can be provided. This could include a discussion of the key features of the schemes and provide guidance on what accounting principles could be considered in certain circumstances.

A project has been added to the Board’s work programme to assess the feasibility of issuing such guidance.

Preparers at municipalities raised issues about the assessment of the useful lives and residual values of assets at a reporting date. They indicated that the volume of assets held by municipalities means that a detailed assessment cannot be done for all assets at year end, and even where this is possible, significant resources are spent on such an assessment.

Some preparers suggested that an indicator-based approach could alleviate the amount of detailed work done on an annual basis.

The Board will investigate the feasibility of such an approach as part of its review of GRAP 16 and GRAP 17.

The Board has added a project to its work plan to review the impairment-related standards to assess how this issue can be addressed and whether the requirements could possibly be simplified.

While various users requested a number of additional disclosures, some of the suggestions do not satisfy the needs of a wide range of users, or their nature is inappropriate for reporting in financial statements. However, there were suggestions that would be useful to a range of users and would enhance accountability and decision making.

•         Separate disclosure of repairs and maintenance

SUMMARY OF ACTIONS AND FUTURE PROJECTS

The Board has added three projects to its work plan as a result of the post-implementation review: a review of GRAP 16 and GRAP 17; issuance of an interpretation on the recognition and derecognition of land; and guidance on accounting for housing schemes. Other issues raised during the review have been addressed by the Secretariat by means of revised or new FAQs on its website.

A number of strategic issues were also raised during the review and the Secretariat is liaising with relevant parties on their resolution. ❐

SAICA releases the results for the 2019 November Assessment of Professional Competence
February 17, 2020

Opinion piece: Tackling cybersecurity in 2020 and beyond
February 14, 2020