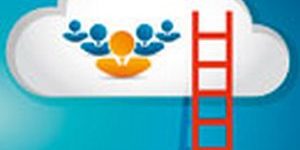 Does a “clean audit” mean everything is fine? Alexi Colyvas has this to say

In recent years there has been a drive for entities to accurately report on performance against predetermined objectives.

In the public sector, this has always been a requirement of the Public Finance Management Act (PFMA) and Municipal Finance Management Act (MFMA) but has never been strongly enforced because a public audit opinion on performance information has been (somewhat indefinitely) delayed from one year to the next. An audit opinion is essential as it underpins the credibility of the information being reported to stakeholders.

Unfortunately, many entities see the report against predetermined obligations as a less important spin-off of the financial information – a grudge requirement of the legislation that must be complied with and nothing more. This misconception has undoubtedly contributed to some of the poor service delivery that the citizens of our country have complained about over the years.

Performance reporting is integral to the success of any organisation, as it is the final measure of the actual performance management systems and processes of the entity. One might argue that it is less important in the private sector where an entity’s primary objective is to increase the wealth of shareholders, something that can to a large extent be evaluated by simply looking at the net profit for the year. However, such a simplistic view of business activities is often not sustainable in the current environment, a theme that comes through quite strongly in the new King III Report. Regardless of one’s beliefs in this regard, most would agree that in the public sector the range and expectations of stakeholders is far more complex and requires more than just financial reporting.

An important aspect of performance management and reporting on performance against predetermined objectives is the quality of those objectives and how they translate into key performance indicators (KPIs) and targets. The usefulness of performance information is largely dependent on its relevance to the mandate / long-term strategic goals of the organisation. Whether in the private sector or in government, each organisation needs to have clearly articulated goals or objectives that steer management’s strategic decision-making. In the private sector, the shareholders entrust their money to the stewardship of the board of directors, who in turn have the responsibility for the strategic direction of the entity. However, significant changes in the entity’s business model must usually be referred back to the shareholders for approval (for example in the form of a special resolution). Since the shareholders effectively performance-manage the board and can vote to retain or remove directors, a significant amount of control still resides in the investors’ hands.

In the public sector, things work a bit differently although the underlying principles are intended to be similar. The strategic goals of a public sector entity are usually determined by that entity’s “executive authority”. Who that is differs depending on the nature of the entity and is usually prescribed by legislation. More often than not, however, the executive authority is a politically appointed individual (the minister or MEC in the case of national and provincial departments and their entities), or the elected mayor (or mayoral council) in the case of local government. The executive authority of a national government department is the relevant cabinet minister, who is accountable to the President of the country. The President and his ministers are in turn accountable to Parliament.

The concept is simple: taxpayers elect government officials to govern their country/province/municipality. They provide the funds to do this in the form of tax money and they expect a certain minimum level of performance in a number of strategic areas that talk directly to the needs of the citizens. Clearly, looking only at the net surplus or deficit will be pointless since this will tell the users of the information very little about whether the management of the entity have performed in the areas that are important to improving their daily lives. In fact, in the public sector, under-expenditure and excessive surpluses translate to inaction and hence poor performance. Taking into account the importance of non-financial performance in this context, it is perhaps surprising that the sector has been so slow to implement sound performance reporting practices that have been prescribed to them by National Treasury for some time now. This is evidenced by the Auditor-General’s phased-in approach to providing an audit opinion on performance information, the reasons given usually being that the environment still lacks the maturity needed to deal with these matters effectively.

It can be argued that one of the key reasons for entities’ poor readiness in this regard is a lack of clear, definitive guidance in the form of a framework  coupled with strict enforcement thereof in the form of, first, independent audit opinions and, second, proper disciplinary measures where non-performance occurs. Currently the only thing close to a complete framework is National Treasury’s Framework for Managing Programme Performance Information, which has been available to the sector for some time now and is to a significant extent used as a benchmark for auditing. Unfortunately this framework is not always understood or interpreted correctly in the sector, resulting in inconsistencies. The fact that the framework seems to have been written primarily for a particular subset of public sector entities (mainly government departments), despite being made applicable to all, also may contribute to practical implementation issues.

There are other problems with how this framework is being interpreted in practice. For example, the framework provides a set of criteria and guidelines to assist entities in setting effective KPIs. It also explains the SMART criteria, namely that targets should be specific, measurable, achievable, relevant, and time-bound. Clearly these are useful guidelines and in most cases should result in good performance targets. However, there is a significant degree of subjectivity inherent in the setting of KPIs and targets and entities should not be forced to “blindly” conform to a particular interpretation of what is “SMART” where this might conflict with an entity’s strategy. For example:

Public Entity A has, as one of its objectives, the reduction of poverty in

a particular area. Ultimately the key performance objective of the entity would be progress made toward eradicating poverty. However, this “impact” can be difficult to measure in the short term. A more measurable indicator of performance might therefore be “the amount of social benefit payouts paid within the financial year”. A corresponding target would be “increase of 10% in the amount of social benefit payouts when compared to the prior year”.  If this was stated as one of the targets, it would probably be considered “SMART” (from an audit perspective) because it is specific enough, measurable, probably achievable, relevant and time-bound. However, a regularity audit (that is, annual audit prescribed by the PFMA/MFMA) is unlikely to question the appropriateness of the indicator, that is, is increasing the social benefit payouts in the short-term actually going to contribute positively to the longer term desired impact of reducing poverty?

Although this would be a “SMART” target from an audit perspective, would it really encourage the desired behaviour of the people responsible for the activity?

What is evident from this example is that there is significant room for interpretation around the appropriateness of KPIs and how they are worded that is currently not always fully appreciated or understood, especially in the public sector. The FMPI lists a number of equally important criteria that would ensure a good KPI, namely that a KPI should be reliable, well-defined, verifiable, cost-effective, appropriate and relevant. Unfortunately, the current audit approach of the Auditor-General cannot include any significant consideration of the appropriateness and cost-effectiveness criteria of the KPIs and targets as part of the annual regularity audit.

This is understandable because the Auditor-General, consistent with other supreme audit institutions, does not want to be seen as influencing policy and strategy decisions as this might impair perceived independence. This may lead to an unwarranted emphasis, in the minds of the public sector entities’ management and in the auditors themselves, on the other criteria that are being audited, at the expense of appropriateness and cost-effectiveness, and hence quality and long-term impact.

Public sector entities should go beyond the minimum expectation from a regularity audit perspective and focus on the quality (appropriateness and cost-effectiveness) of their KPIs and targets to ensure that the correct behaviour within the organisation is being encouraged and that service delivery objectives will be achieved. It is important for accounting authorities / officers and their executive authorities to have a sound understanding and appreciation of the importance of proper strategic performance management and reporting that focuses on desired outcomes and contributes to long-term impacts if we are to see an improvement in the real-world performance of the government entities that serve us. ❐