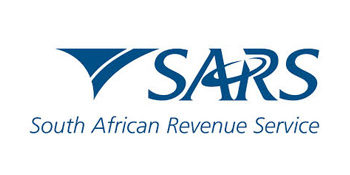 In 2013 South African Revenue Services collected taxes amounting to R814-billion, an increase of 9.6 percent on total revenue received in 2012.

“More efficient collection systems and the deployment of online technologies such as SARS eFiling have simplified the collection process and made it easier for taxpayers to submit their returns on time,” says Madelein van der Watt, development manager at Sage Pastel Payroll & HR.

“The speed and convenience of using online technology has created a situation where 64% of the total revenue collected for 2012/2013 was received through internet payments.”

Van der Watt adds that the cost of collecting revenue is decreasing thanks to the high technology systems that were put in place as part of the SARS Modernisation Programme. Less human interaction is required as SARS is able to employ fewer people to complete assessments and instead, apply their skills more efficiently. The proof is clearly visible in the numbers supplied by National Treasury. In 2006, 98.8% of returns were paper-based. Today, less than 1% of taxpayers do not submit their returns electronically.

“South Africa boasts a progressive tax system in which the rich subsidise the poor with tax relief being applied in the lower income brackets. There are special rebates applying to individuals in the 65 and 70 age brackets, so elderly people pay less tax.

When Minister of Finance Pravin Gordhan presents the budget on 26 February 2014, we should see this trend continue and expect most of the personal income tax relief to be allocated to lower income earners and the elderly.

Based on the 2012/2013 assessment statistics, 76% of total fringe benefits reported included medical aid payments made by employers on behalf of their employees. A likely increase in the medical aid tax credits for the 2014/2015 tax year will therefore also create welcome relief to many individual tax payers. In addition, medical aid contributors who are aged 65 years and older will also benefit from the tax credit system effective 01 March 2014.

Although tax payers will be glad to put some extra money in their back pockets thanks to personal income tax relief that is most likely to be announced by the Minister of Finance, the relief will be short lived as we can also expect the usual suspects to hit our pockets hard after the budget announcement. “Sin taxes” on alcohol and tobacco products will more than likely be increased to ensure larger revenue collections. Expect an increase on the fuel levy as well and as a result, combined with the recent increase of the repo rate, consumers will have to spend more on their monthly grocery bill.

Minister of Finance Pravin Gordhan calls upon taxpayers every year for input on tax deductions and an area which has been open for debate over the past 3 years is that personal home security expenses should be allowed as a tax deduction due to the lack of service delivery from SAPS and the high occurrence of crime in our country.

To reduce the crime rate, we have to raise the rate of employment in South Africa. Van der Watt says the recent Employment Tax Incentive (ETI) initiative Gordhan introduced as part of the Wage Subsidy proposed in 2010 has been in effect since the beginning of January. The minister is expected to provide feedback in the budget speech on ETI’s expectations in increasing employment for young people aged 18 to 29 years. The legislation allows employers to claim a rebate on their PAYE liability provided their PAYE accounts with SARS are up to date.

The lion’s share of revenue allocation during this year’s budget announcement should likely go to health services, education and social grants. It will be interesting to see whether Eskom and Sanral will receive another round of government funding, especially since e-tolls are now generating revenue since December 2013 and Eskom were allowed a rate increase early last year.

For more information on the changes that will be announced in the upcoming Budget Speech, on 26 February 2014, book your seat for the Seminar.

Note to editors: Sage Pastel Payroll & HR, part of Sage South Africa (Pty) Ltd, is a leading developer of payroll and HR software solutions and services. Sage Pastel Payroll & HR provides a wide range of software solutions from start-up to medium sized businesses, creating greater freedom for them to succeed. We offer easy-to-use, efficient and secure payroll and HR software solutions to ensure businesses are kept up-to-date and fully compliant with ever changing legislative requirements. From the intuitive design of our software to the expertise of our people, we focus on giving businesses the confidence and control they need to achieve their business ambition. Sage Pastel Payroll & HR has been voted by The Star Readers’ Choice competition as the Best Payroll Service company in South Africa (November 2012).

About the Sage Group plc

The Sage Group plc is a leading global supplier of business management software and related products and services, principally for small to medium-sized enterprises. Formed in 1981, Sage was floated on the London Stock Exchange in 1989. Sage has more than 6 million customers and more than 13,500 employees worldwide. We operate in over 24 countries covering the UK, Europe, North America, South Africa, Australia, India and China. For further information please visit www.sage.com