The Digital Economy is Booming – Where do we draw the tax lines? 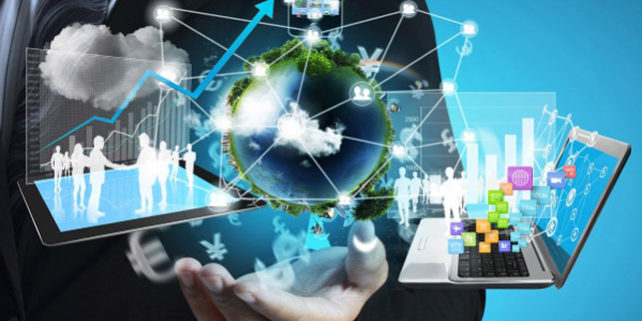 As the world continues to evolve to be more centred around digital services, everything – from the way we purchase and consume media, to the way we bank – is affected. But, as the way we buy and sell changes, the implications are deeper than just developing secure payment gateways… In fact, the entire way that tax works will also need to shift.

According to Michael Hewson, Director at Graphene Economics™, an African transfer pricing advisory firm, questions of how taxation should change in the digital era are underway globally and are being led by the Organisation for Economic Co-operation and Development (OECD). “It’s not just tax revenue authorities who are looking at this issue – given that 60 to 70% of transactions worldwide occur within multinational entities (MNEs), these companies are also taking an active part in the dialogue. Ultimately, taxation affects almost everyone, so although it’s maybe not an exciting subject to many people, it is an important one,” he says. “There’s no real consensus at the moment about digital taxation. I believe South African businesses and regulators need to be part of the debate to position the country as best as possible for a new tax era.”

The complexities of taxing digital services

Hewson says that traditional tax models generally fall into one of two categories: residence tax and source taxation. “Residence tax is based on the idea that people and companies should contribute towards the public services provided for them by the country where they live, no matter where their income originates. Source taxation, on the other hand, is based on the idea that the country where the income is generated is providing that opportunity and therefore should be able to levy tax,” he explains.

However, it’s difficult to use either of these models in relation to digital services because consumers in one country might access a product or service without the supplier of that product or service physically being present in the country. “Think about music. Previously, you would go to a music shop and buy a CD. Now, you probably subscribe to a streaming service. In the case of purchasing a physical CD, you were paying VAT, but now you’re not paying any tax in South Africa, although you are still purchasing and consuming the product in the country.”

This is why some regulators are trying to clamp down on taxing digital services. For example, South Africa’s new regulation on VAT on electronic services, which took effect on 1 April 2019, widens the definition of what is considered an “electronic service”.

“Electronic services” is now defined as “any services supplied by means of an electronic agent, electronic communication or the internet for any consideration”. “This means that foreign suppliers of electronic services to South African recipients will be required to register as VAT vendors if they meet certain requirements,” says Hewson. “The effect is potentially a higher administrative burden on qualifying companies, which might be passed on to the consumer through price increases on such services.”

Hewson says that protectionist measures are under consideration in various African countries, but that they can backfire. While they might make sense in the short-term because most African countries currently “import” more digital services than they “export”, these sorts of policies can discourage the growth of services economies or foreign direct investment.

“Revenue and other authorities need to take a proactive approach in engaging on this issue, and to look at issues like how to identify digital transactions, determine their value and tax them, all while encouraging growth of the local digital economy,” Hewson advises.

Transfer pricing (TP) is another area that will be affected by evolving tax regulation. TP involves the prices charged, or profits earned, by members of large MNEs for goods and services exchanged between the entities that make up the company.

For example, a technology company based in China might manufacture components in various different countries, and distribute its products through local subsidiaries globally. These companies might drive sales through their own marketing initiatives or by developing sales channels. TP principles dictate how all transactions between these companies within the group are accounted for, and how profit is distributed, depending on the value created by each entity.

TP generally operates on the basis that profits should be taxed in the countries where value has been created. The trouble with digital services, is that it can be difficult to apportion value. For example, if you’re using a music streaming service, where is the value created? Is it in the country where the service is based, the country where it runs the bulk of its operations, or the countries where the music is being listened to?

“These are the types of issues that are being looked at by the OECD, which is due to present a work plan for further work on the digital economy to the G20 Finance Ministers this month,” says Hewson. “The final consensus set of outcomes is expected to be finalised by the end of 2020 and because South Africa is a member of the G20 and an observer of the OECD, it’s likely that the country will consider the final proposals made by the OECD in shaping its tax policies.”

While it will have a big impact on business, he says they should not lose sight of the silver linings. “Digitalisation can help South African businesses to enter into new markets and achieve higher levels of growth and development than previously available,” he says. “The important thing is to find ways of using digitalisation to work better and smarter. As value chains evolve, companies need to reassess the way they operate to remain competitive in the digital environment.”