Manqoba Kubheka was appointed to acting CFO and offered the CFO role within five months of joining SAMRO as a result of assisting the company to avoid and manage potentially detrimental irregularities. He has been instrumental in leading the entity to revenues exceeding R500 million for the first time since its inception in 1962/

Manqoba Kubheka says his mother is one of the inspirations behind him pursuing a career as a CA(SA). She said, ‘Hey son, there are people who call themselves CAs; they are smart people − study seven years to qualify and get paid a lot of money.’

‘My 13-year-old self was like SEVEN YEARS? Not for me!’ laughs Manqoba, reflecting on his comment back then.

But today he is a chartered accountant on a quest to make his mark in the development of internationally competitive African businesses. Another inspiration for him was Linda Filtane, who he describes a great man who was head of HR at SNG Grant Thornton, SizweNtsaluba VSP at the time. Filtane mentored Manqoba from his matric year, assisted him with a bursary and drove him towards his destiny.

‘I’ll forever be grateful to him,’ says Manqoba of his mentor.

In 2017, he joined SAMRO as a manager in the office of the CEO. His impact and involvement during a turbulent turnaround period at SAMRO enabled him to swiftly grasp the inner workings of collective management organisations and the music industry’s eco-system in general. Finding the company on the brink of a reportable irregularity and qualified audit report, he steered the company to an unqualified report after having developed and implemented process and reporting changes in the finance department. He also initiated and was the front liaison for a forensic audit carried out against the impaired international investments and had the findings of the report presented to the SAMRO AGM in October 2018. Having taken on demanding challenges such as acting CFO only five months into his time at the organisation, Kubheka’s contribution was widely noted.

In February 2019, he became interim general manager in the Licensing Division of SAMRO, which is the revenue-generation core of the organisation. He was appointed permanently in June 2019 and has since led the entity to revenues exceeding R500 million for the first time since its inception in 1962. As a key driver of change and a firm believer in recognising and empowering women, he has placed young black females in all four managerial positions reporting to him, which has contributed to his department’s outstanding achievements.

As custodian of SAMRO members’ interests, he faces the challenge of improving their earnings through being directly involved in revenue-generation activities. His love of and respect for the arts provide him with the fire to fuel his noble and meaningful contribution to the music industry

Manqoba had to face many challenges, the biggest one being failing his fourth 4th year and losing his best friend at the same time. ’This led me to doubt myself, my path, and I lost hope. I had to dig deep to find myself and identify my true purpose in order to propel myself to success. That purpose was changing the lives of the voiceless and under-resourced.’

Another proud achievement has been putting money directly in musicians’ pockets by closing multimillion licensing deals with media heavyweights such as Facebook, Google and MultiChoice and exponentially growing the royalties earned by SA musicians even during the pandemic.

Annalene Marais: Making a difference in her community
June 20, 2021 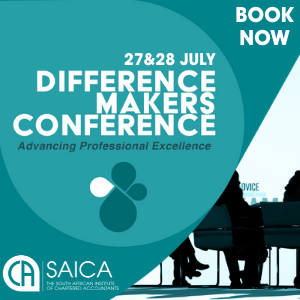