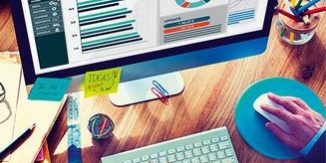 Transfer pricing has been named as one of the main mechanisms used by multinational groups for base erosion and profit shifting (BEPS). While transfer pricing legislation across the world has recently been tightened, including in South Africa, compliance with this legislation is still dependent on the level of taxpayer compliance

The OECD base erosion and profit shifting initiative

With the Organisation for Economic Co-operation and Development (OECD)’s BEPS initiative, the focus on transfer pricing compliance has increased significantly for both revenue authorities, as well as taxpayers. Many countries, including South Africa, have introduced rules which place the burden to transact in line with transfer pricing rules, and the obligation to demonstrate this, on the taxpayer.

The South African Transfer Pricing law requires taxpayers to transact at ‘arm’s length’. The arm’s length principle is the global standard recommended by the OECD and used in most countries around the world to test compliance with transfer pricing rules. The arm’s length principle effectively prescribes that transactions between related parties must be carried out on the same basis as if they were entered into between independent parties.

Since 2012, the burden of proof that a cross-border related party transaction was, in fact, carried on at arm’s length has been with the taxpayer.

The documentation should also reflect that the prices and/or margins achieved by the comparable companies, determined in terms of the underlying transfer pricing study performed, are correctly implemented from a South African perspective.

Even now, so far there are no administrative penalties for taxpayers who do not comply with mandatory transfer pricing documentation requirements.

The issue of preparing and/or implementing transfer pricing documentation

This decision will often follow considerations relating to certain aspects such as budgets, resources (internal and external), support from the group, the company’s/group’s tax risk policy, the company’s transfer pricing policy which sets out instructions regarding the pricing to be applied, the general level of tax compliance, the potential exposure in case of a transfer pricing audit, the company’s engagement, and its experience with SARS.

Ethical considerations. The term ‘ethics’ relates to moral principles that govern a person’s behaviour or the conducting of an activity, according to the Oxford Dictionary. In addition to the aspects that are generally to be considered regarding the preparation of transfer pricing documentation, set out above, the ethical point of view needs to be considered.

The (still) applicable SARS Practice Note 7 on transfer pricing effectively recommends, at paragraph 10.2.4, that a taxpayer prepares transfer pricing documentation in order to be able to support its pricing and to successfully respond to any queries.

Is there not an expectation that in today’s time when tax risk management, tax compliance and good corporate governance are at the top of company board members’ minds when thinking of tax, a company has an ethical obligation to prepare and maintain transfer pricing documentation?

It would appear that, following several international media reports and human rights groups’ campaigns over the last five or so years relating to incorrect or misuse of transfer pricing for purposes of profit shifting to low tax jurisdictions by large multinational groups, there is an expectation that companies engaged in cross-border related party transactions demonstrate ethical behaviour, which would include broad level transfer pricing compliance – that is, the preparation of transfer pricing documentation to ensure that transfer prices are implemented correctly.

As mentioned before, current South African transfer pricing legislation places the onus to transact at arm’s length on the taxpayer. Thus, where the taxpayer identifies a mismatch between the pricing regarding a cross-border related party transaction, the taxpayer would technically need to adjust its income to reflect an arm’s length price for this transaction. For example, the provision of specialised services by the South African company to a related party tax resident in Mauritius is charged for at R11 million for the year, R10 million for the cost of services, and R1 million relates to the profit mark-up charged. However, the taxpayer then realises, for instance by reviewing its transfer pricing documentation, that it should have charged a profit mark-up of R2 million rather.

The ethical dilemma the taxpayer faces here is whether to make a transfer pricing (self) adjustment to reflect income in line with the arm’s length price, that is, R2 million profit mark-up in the example, or to leave as is (R1 million) avoiding the additional tax payable in South Africa, the potential administrative burden and further investigation of transfer pricing practices by SARS, unless SARS identifies the need for a transfer pricing adjustment.

Are we thus seeing a move towards morality testing to determine whether a multinational group is paying its fair share of tax in a jurisdiction and a move away to what is legally required?

Google, Facebook and Amazon were all criticised for the level of corporation tax they paid in the UK even though the multinational groups were not breaking any laws. As a result the UK considered the implementation of the fair tax mark. The fair tax mark uses a set of metrics to assess companies on their tax and transparency. But how do you define what is the correct amount of tax if you are deviating from what is legally required? In the UK it seems that the ‘economic substance’ of what a company does in a jurisdiction is reflected in the tax it pays. Is this therefore not a subtle move to formulary apportionment and a move away from the arm’s length principle? Will we see fair tax mark assessments as part of the ethical training for tax practitioners going forward?

Starbucks was considered the poster child of this change, being accused of using artificial structures to limit its UK tax payments it settled with Her Majesty’s Revenue and Customs (HMRC) to pay a whopping £20 million. The company maintained it had paid the amount of tax it was legally obliged to pay, but it appears determining what is the correct amount of profit was much more complex than this.

As such multinational groups are facing the ethical dilemma as to whether they are paying what is morally fair and reasonable as opposed to what is required under the relevant transfer pricing rules.

In the African context, transfer pricing has been the focus of several non-governmental organisations (NGOs) which have swooped on multinational groups operating on the continent with accusations of creating economic hardship and social deprivation. In many cases such claims are not only irresponsible, but incorrect. This creates a significant reputational risk for multinational groups operating in Africa, placing increased concerns that multinational groups should be paying a larger portion of tax than is legally due to mitigate this risk. Is this appropriate though, and what is the impact for other jurisdictions? The multinational group only has one profit pie and allocating an imbalanced amount to a country in which it is not legally required to, takes that portion from elsewhere. Thus transfer pricing and tax managers are faced with this ethical dilemma of mitigating such reputational risk.

The BEPS programme outlined above seeks to address some of these concerns and therefore it is hoped that as countries tighten their legislation in line with these guidelines, the morality versus legal question falls away reducing the ethical dilemma facing multinational groups in this regard.

Tax and morality/ethics has been a hot topic overseas and in South Africa. Particularly transfer pricing, which is often said to be ‘not an exact science’, may create various ethical dilemmas for taxpayers, tax practitioners and revenue authorities.

It is therefore important to consider all potential ethical aspects of a transfer pricing matter particularly if professional standards,for example those of SAICA, place an even higher expectation on ethical professional behaviour.