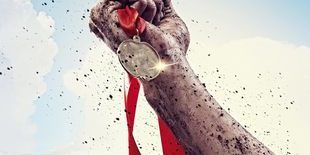 PAIA deadline
The Promotion of Access to Information Act 2 of 2000 (PAIA) requires public and private bodies in terms of sections 14 and 51 thereof to compile and submit manuals on how their records can be accessed. Certain private bodies have been exempt from this requirement. This exemption expires on 31 December 2015. PAIA manuals are required to be submitted to the South African Human Rights Commission via post (SAHRC, Private Bag X2700, Houghton, 2014) or via e-mail to Nomfundo Khulu at Nkhulu@sahrc.org.za.

Retention of documents
In a recent case, Mr A v CSARS, VAT1129 (5 August 2015), the taxpayer appealed against SARS’s decision to disallow his claim for input tax. The basis for disallowance was that the taxpayer was unable to produce original invoices and relied on unstamped deposit slips, supplier quotations, invoices to vendors other than him, cash sale invoices, and invoices for private consumption supplies. The taxpayer, as part of his appeal, claimed that the SARS official lost the original documentation. However, SARS claimed that it has an inflexible policy which does not permit SARS staff to retain original documents. The judge in this case accepted this argument on this point and ruled in favour of SARS on the basis that the documents required for claiming input VAT, in terms of section 20(4) of the VAT Act, were not furnished by the taxpayer.

Nevertheless, this case represents a stark warning to taxpayers that keeping your original documents and records and keeping it safe should be a priority, with proper risk and retention procedures for all, both big and small.