Are professionals protecting their most valuable asset? 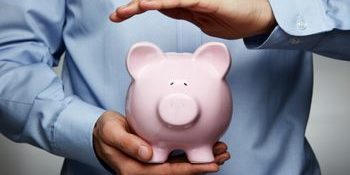 It may not be the most visible asset but like the gift that keeps on giving, it is the one that offers the greatest returns. We invest willingly in establishing our own physical and intellectual capacity – yet thereafter few of us take adequate precautions to protect our income earning capacity.

Few professionals would fail to insure their home, car or “toys”, yet neglect their most valuable asset of all – themselves. Possibly it’s because insurance is commonly seen as a grudge purchase with no real benefit.

However, over one’s lifetime, the total remuneration earned is staggering: a professional earning R750 000 p.a. growing at 8% a year will generate R50 million over 25 years. A 34 year old surgeon no longer able to practise as the result of an accident would, if fully insured, be paid out R84 million until her retirement age of 66.

In 2012 , the Professional Provident Society (PPS) paid in excess of R57 million in claims to their ‘financial services’ members alone – predominantly accountants. Rather than the worst case (death), nearly half this amount was paid for sicknesses lasting less than ten days.

The total payout to all of their members was a staggering R913 million, of which R575 million was for non-life claims.

These made up a total of 45% of claims. Cancer and heart-related diseases accounted for just 12% of all claims, making a heart attack the least of our risks.

The average gross annual income declared by accountants was just over R499 000.

Considering the risks, I question whether this level of cover does not represent a serious underinsurance.

According to one large reinsurer, in 2012:
• Each day 144 employed people became disabled.
• The average life expectancy after disability was about eight years.
• South Africans were underinsured by approximately R10 trillion (death and disability).

Being a professional is becoming ever more pressurised:

Even professionals are no longer guaranteed a financially independent lifestyle for themselves and their families, just by virtue of their qualifications.

While this may all sound rather bleak and depressing, the good news is that we can fully protect ourselves, our families, and our practices. There are sophisticated, comprehensive and affordable solutions to help deal with life’s challenges.

Remember the most important asset is you.

What are you worth?