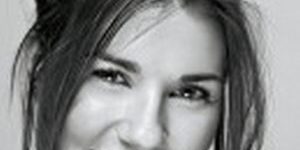 “When information is imperfect, the presence of inferior goods corrodes the market for quality goods.”

Following hot on the heels of my rant at car scams last month, I came across a very interesting paper on the “The market for lemons”. Written in 1970 by economist George Akerlof, it discusses the used car market. A lemon is an American slang term for a car that is found to be defective only after it is bought. A plum is the opposite, a used car that’s better than average.

R75 000 for a plum. Now, the seller knows what kind of car he has, that is, whether it’s a lemon or a plum, but all the buyer knows is that half of all used cars are lemons and the other half are plums. So, based on the expected probability that the used car is a lemon, the buyer would be willing to pay up to R57 500 for a used car [(½ x R40 000) + (½ x R75 000)]. What you should be seeing from this is that the owners of plums won’t be willing to sell their used cars for only R57 500, but the lemon owners will be more than happy to do so. The end result is that only lemons will be sold.

The point of this example is to show that when information is imperfect, the presence of inferior goods corrodes the market for quality goods. When one party (the seller) has the information and therefore the advantage, mutually beneficial transactions fail to take place.

It’s the age-old question: “If he wants to sell that horse, do I really want to buy it?”

When you start thinking about it, there are many markets where asymmetric knowledge dominates. Your plumber comes and looks at your leaking sink and upon resurfacing from under the cupboard he shakes his head and gives you “that look”.

Auto repair shops, medical insurance, the list goes on and on. The end result will be that the good and honest tradesmen will be driven out by the bad ones, to the detriment of the consumer.

Author: Gizelle Willows CA(SA) MCom Finance is a Senior Lecturer in Financial Reporting at the University of Cape Town