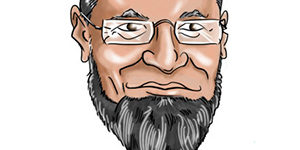 Section 24I of the Income Tax Act 58 of 1962 was introduced to deal with foreign exchange gains and losses on any unit of currency on hand, debts due to or by a taxpayer, forward exchanges contacts, and forward currency option contracts.

Where a debt is therefore due to a South African taxpayer (not a money-lender) in a foreign currency, all exchange differences, whether realised or unrealised, are taken into account by the taxpayer either as a deduction or inclusion in calculating taxable income. Where the debt is written off by the taxpayer, no deduction is allowed in relation to the previously recognised foreign exchange gains that were included in gross income. The loan due to the taxpayer represents a capital asset and therefore when the loan is written off the loss is capital in nature. No deduction can be claimed under section 11(i) of the Income Tax Act, as the foreign currency loan was never included in gross income of the taxpayer.

While it is accepted that the introduction of section 24I brings about fairness, it is interesting to note that the introduction took effect during a time when the rand was strengthening against major foreign currencies. This gives rise to unrealised foreign losses on debts due to taxpayers and when these debts are written off taxpayers will have to include in income current and previous unrealised exchange losses.

The new section 24I(4) is effective from 1 January 2017 and applies in respect of years of assessment ending after that date.

Muneer Hassan CA(SA) is a Tax Consultant, Senior Lecturer in Taxation at UJ and Lecturer on the Gauteng Board Course