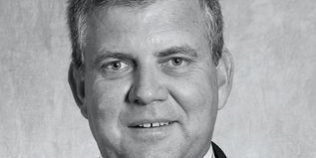 Risk management can feel like going to war: there are threats on the horizon and it could take substantial investments of time, resources and effort to achieve victory. Some of the threats your business will face are bad debts, theft or fraud, loss or theft of data and natural disasters. The good news is your business already has all the weapons and resources in its armoury that you will need to manage most of these risks, so the cost may not be as overwhelming as you might think.

Your first line of defence will be your financial software. The systems of today have built-in tools, from alerts and red flags that tell you something is occurring outside your preset parameters to providing user-friendly real-time access to your information.

Alerts and red flags can provide early warning that one of your customers are struggling with payments, allowing you to get in touch with them before they get relegated to the bad debts pile. If you get a notification when one of your branches is burning through their budget way ahead of schedule, you can immediately follow up and head off any potential fraud or theft before you exGoogle ‘Financial scams South Africa’ and you’ll end up with a monstrous 138 million results. If that’s the excitement of the investment world, I prefer boring. Not a week goes by that investors aren’t being tempted to part with their money in a “too good to be true but you can trust me” ruse. Bank client are targeted with phishing emails; SARS clients offered ‘surprise’ refunds; and even SAICA is dogged by fraudulent banking details. Whether 419 scams or lotteries, the temptations are always tantalising. Of course, you wouldn’t fall for those, yet even highly educated investors fall for their equivalents. The more ‘sophisticated’ the investment product, the less regulated it usually is as they are typically too complex to fit into any regulatory framework. Or so the argument goes. And here we find pyramid, binary, multiplication and Ponzi schemes. A ‘profession’ of its own, it is literally a minefield of opportunity for investors. Consider some examples:

These all received widespread press exposure and warnings from authorities. Nonetheless, and despite the seeming sophistication of the investors, such schemes frequently roll out, fuelled by promises of extraordinary returns made by persuasive selling tactics. Why? People are prisoners to their emotions and driven by desperation, ego, peer pressure, greed, misplaced trust, or ignorance.

This of course ties back to real-time access – what good is the air raid siren a month or even a year after the shells have been dropped? If you can only review your books at year end, the losses will have already occurred and you may never identify who was responsible or when it happened.

To the layman, traditional systems seemingly communicated in complex code that could only be broken by accountants, an expensive resource that appeared to spend all their time pawing through figures no-one else could understand. Systems today can provide simplified information that can be understood by non-financial users, meaning there are more people available to recognise when something is out of place.

An unexpected ally has also joined your ranks in the form of your cloud services. Cloud providers employ security specialists to keep your data safe; they update your software through automatic updates; and the data centres they use provide redundancies ensuring your ability to recover from any disaster – natural or otherwise. The physical security at the data centre is also likely to be far superior to anything the average business can afford, adding an additional layer of protection for your data and additional peace of mind for you and your customers.

Defending your business against risk can seem an intimidating and costly venture. Sometimes the difference between raising the white flag and racing to victory can be as simple as taking a closer look at the resources you already have in play.