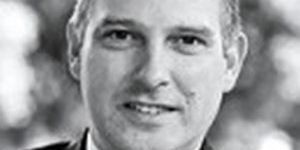 “What motivates the best of teams to come together and perform at crunch time?”

Any non-football supporter could be forgiven for thinking the FIFA World Cup in July was all about the money. The news covered how three African teams threatened various strike actions unless they were paid their cash bonuses up front; that the four top-paid players on the German team earn more than the entire American team combined; and that the final took place between two of the three wealthiest teams in the world, to give just three examples.

Does this mean that ultimately motivation is all around money? I would suggest not, particularly when you consider that other headlines included that Greece’s team declined their bonuses to build a player centre for current and future footballers to improve their skills; there were rumours of Algeria donating their bonuses to the poor in Gaza; and German player Mesut Ozil donated his bonus from winning the World Cup to help pay for the surgery of 23 Brazilian children in need.

So what then motivates the best of teams to come together and perform at crunch time? Sure, your staff members show up for a salary, but what do they stay for? Is it all about the promise of a fat cash bonus as was the case with the African teams? Or can you motivate with growth and development, with belief and loyalty to your company, as was obviously done with Greece? Or by building a team that works together and for each other until they are of one mind, like Germany? Or do you get yourself exceptional individuals who can do it all, like Brazil or Argentina?

Let us look for a moment at the World Cup champions, Germany. Their management seem to have found a way to combine all of these motivational elements along with their strategic planning and training. The team is paid well, it is made up of high-value specialised players, the bonuses promised were more than fair, and they have spent the past two years training intensively together with this singular goal in mind. Add a dash of national pride and the opportunity to be the first European team to win the World Cup on South American soil, and Germany played exceptionally well and few would disagree that the best team throughout the tournament won.

At the end of the day, how you manage and motivate depends on your goal as a company. You have to decide whether you need a team or a loose group of experts, whether you need regular short-term goals met or if you are working towards one big one. One clear lesson from the World Cup is that you need to invest in building the team you need. ❐