VIEWPOINT: Motivate through the middle 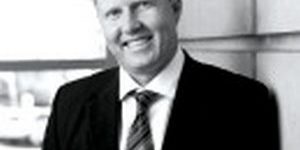 “Few things can help an individual more than to place responsibility on him, and to let him know that you trust him.” Booker T Washington

While watching runners race around a track recently, I was struck by the burst of energy with which they sprinted from the start, and then again by the sudden spurt of strength and force as they neared the finish. It reminded me of my own motivation levels when tasked with a project – the spouts of enthusiasm which bracket the project but the inevitable lag during the middle stretch. It’s important to keep in mind that effective leadership involves continual motivation. All too often we forget about the dedication required for performing well in the middle of a task.

This is demonstrated in an interesting study whereby research participants were assigned to proofread nine essays with fairly evenly distributed errors. At first, the participants found an average of 0,122 typos per second. This dipped to just 0,092 typos per second at the halfway point, before increasing to 0,124 typos per second near the end – revealing a U-shaped “stuck in the middle” pattern of motivation over the course of the task.

The research team, led by Andrea Bonezzi of Northwestern University’s Kellogg School, suggested that at the beginning of a chore or task, people tend to be motivated by their progress in relation to the starting point.

Towards the finish, they are spurred on by their proximity to the end point. However, in the middle, their motivation flags because their attention shifts from the starting point to the end point.

Too often, leaders feel that our job is done if we encourage up front and thank at the end. The reality is that we can get more from our teams if we spur people on during a task as well. A typical example is the financial year end, a process which generally starts well, with the team positive and up for the task. Over weeks, the long nights and unbalanced accounts start to take their toll. But once deadlines get reached and the hard work is almost finished, I can sense a tangible lift in team drive and spirit.

The question to ask ourselves is how to manage and motivate during the bottom of the U-curve. Once we realise that opportunity exists to improve performance during the middle of a task, it is our job to act on it. Each team and individual is different – some would hugely appreciate an afternoon off while others an acknowledgement of work done so far or a kind reminder of your faith in them to deliver. As Booker T Washington once said, “Few things can help an individual more than to place responsibility on him, and to let him know that you trust him.” It’s a good reminder to never forget to motivate through the middle! ❐