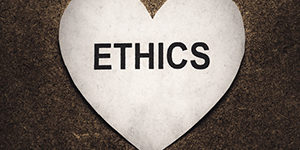 Ethical transformation is critical. The first step is acknowledging ethics and values as important and making the decision to prioritise it above the bottom line. This has to come from the top. Written by Monique Verduyn

With the Zondo Commission of Inquiry into State Capture unearthing staggering and significant news regarding corrupt activities involving the private and public sectors in South Africa, the disease of unethical behaviour has never been more widespread, thanks to a winner-takes-all, get-rich-quick culture.

Both firms were removed from the list of suppliers of audit services to the public sector amid damning allegations of unprofessional, unethical and possibly criminal activity linked to senior individuals at the firms.

Beyond a Culture of Corruption

How to manage Ethical Risk

Embracing Ethics as the Norm

What will this proposed action do to my character or the character of my organisation? Many people believe that our decisions shape our character and vice versa. That is, we can’t lie and cheat without becoming a fraudulent liar. Subsequently, if we’re a liar we’ll tend to lie more often. Think about whether your action is establishing a habit either for you or your organisation. Is it a good habit (virtue) or a bad one (vice)?