Will Artificial Intelligence Make You A Better Leader? 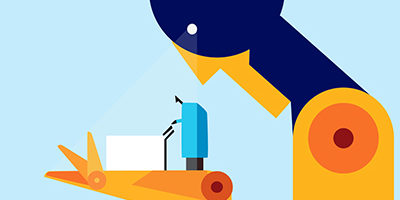 Consider this real-life scene. Reflecting on the difficult moments of his week, the new CEO of a UK manufacturer felt angry. His attention kept going back to the tension in several executive team meetings. He had an urge to shake the team and push several of its members, who were riven by old conflicts, to stop fighting and start collaborating to solve the company’s real problems.

He also sensed, though, that a brute force approach was unlikely to get very far or to yield the creative insights that the company desperately needed to keep up with its fast-changing competitive environment. Instead, he calmed himself, stopped blaming his team, and asked himself whether he could break the logjam by pursuing truly new approaches to the company’s problems. It was then that his mind turned to, of all things, artificial intelligence.