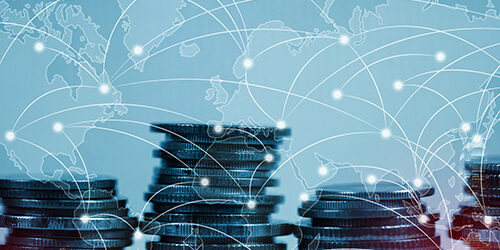 A new global minimum tax is welcomed in Africa, but curbing illicit flows and broadening the tax base would be much more important

Africa will likely benefit from the OECD-driven new global tax agreement signed in October by nearly all of the world’s countries, which would set a minimum corporate tax rate of 15% across the board on global profits.

But broadening the tax base through actions to bring the informal economy into the tax net and tackling illicit flows from the continent would present a far greater benefit.

A key benefit to Africa is that under the agreement, some of the profits of digital companies such as social media platforms and search engines will from 2023 be taxed in African countries where they have users, but in which they may not necessarily have sufficient physical presence to be subject to tax under existing rules.

The OECD said the agreement would result in an extra $150 billion of taxes collected for governments around the world each year.

On balance, the agreement would be positive for Africa and has so far been generally welcomed. But while this would help Africa collect more taxes at a time when they most need it as it exits the economic devastation caused by the pandemic, the amount collected will pale in comparison next to what could be recovered by broadening the tax base across the continent.

African governments can collect more tax revenues if they deploy smart technology to expand tax collection into the informal sectors where significant economic activities occur and apply the political will to curb illicit flows out of the continent. African tax authorities must also focus on transforming themselves by improving their risk assessment and collection capacity, and by improving customer experience for both corporate and individual taxpayers.

Illicit flows from Africa is a local problem, which ideally needs a local solution. This means the desire and enforcement to tackle it at the source, with more transparency laws in key financial jurisdictions, the use of data analytics, and more cooperation and exchange of information treaties. The developed world is well positioned to help African countries make the necessary progress in addressing this important issue.

The new tax agreement principles were the first step of many that would make international tax arrangements fairer and work better while adding greater certainty for businesses in their planning and decision-making.

The real work must now begin to reach an agreement on some key design elements. That work will need to be completed quickly in order to meet the timelines reflected in the implementation plan mostly notably, the Multilateral Convention to implement Pillar 1 of the framework − and the related changes in domestic laws.

It should also be noted that while the agreement provides that the work will continue to progress in consultation with stakeholders, the implementation plan provides limited time for policymakers to engage with businesses and other stakeholders.