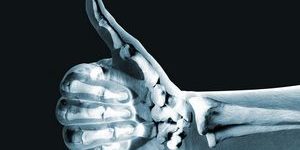 Just like you need to regularly go for medical check-ups, South African tax legislation is also revisited regularly. The tax relief for medical expenditure, as governed by the Income Tax Act 58 of 1962 (the Act), has since 2011 been converted from a deduction system to a tax credit system. The deletion, by section 51 of the Taxation Laws Amendment Act 39 of 2013, of section 18 effective from 1 March 2014, was the final phase of the conversion. Tax relief for medical expenditure is now granted by way of section 6A and 6B credits.

The notion behind the conversion from a deduction against income to a credit against the normal tax liability provides equity in the tax treatment of medical expenditure (Explanatory Memorandum on the Taxation Laws Amendment Bill 2012). The former regime was inequitable in that it inherently afforded a greater benefit to higher-income taxpayers through the effect of the progressive marginal rate structure. Lower-income taxpayers now gain more from a tax credit against their normal tax liability, whereas higher-income earners benefit less in comparison to the former regime.

The purpose of this article is to take a closer look at the general working of section 6A and to highlight four issues in respect of its application, which also impact on the section 6B credit.

For purposes of the section 6B credit for additional medical expenses, taxpayers are divided into three categories: (i) those under the age of 65 years; (ii) those 65 years and older; and (iii) those under 65 years who have a disability or who have an immediate family member with a disability.

For taxpayers in category (i) the section 6B credit is calculated as follows: fees paid to a medical scheme that exceeds four times the section 6A credit to which that taxpayer is entitled plus ‘qualifying medical expenses’ paid and not recovered from the medical scheme. This amount is then reduced by 7,5% of the taxpayer’s taxable income (excluding any lump sums from funds and severance benefits) and then multiplied by 25%.

‘Qualifying medical expenses’ is defined in section 6B(1).

ISSUES IN RESPECT OF THE APPLICATION OF SECTION 6A

Issue 1: Is section 6A credit limited to actual contributions paid?

Many South Africans choose to belong to a medical scheme’s hospital plan of which the monthly contribution (premium) does not exceed the current section 6A credit amount. The question arises whether such a member will be allowed to deduct the full credit of R270 even though the actual monthly contribution paid to the medical scheme is less. Furthermore, which amount should be allowed as a section 6A credit under paragraph 9(6) of the Fourth Schedule to the Act when calculating employees’ tax? Should it be the full monthly section 6A credit even though the actual monthly expense is less?

As there is no regulation within section 6A that limits the credit to the actual amount of the medical scheme fee paid, it seems as if the full monthly credit will be allowed.

Issue 2: Will the section 6A credit only be granted where the fees are personally paid by the taxpayer?

The second issue raised is whether or not the section 6A credit will be allowed where someone other than the taxpayer (who is the member of the medical scheme) pays the fee (partially or in full) on behalf of the taxpayer.

Section 6A(2) specifically states that ’The medical scheme fees tax credit applies in respect of fees paid by the person’ (emphasis added).

Section 6A(3) determines that when a medical scheme fee is paid by the estate of a deceased person, it will be deemed as if that person paid it on the day before his or her death. Furthermore, where a medical scheme fee is paid by an employer, it will be deemed to have been paid by the employee to the extent that the amount is included in the income of such an employee as a taxable benefit under the Seventh Schedule to the Act. Paragraphs 2(i) and 12A of the Seventh Schedule determine that any contribution or payment made by an employer for the benefit of an employee or his dependants will be a taxable fringe benefit to be included in the gross income of such an employee under special inclusion paragraph (i) as defined in section 1 of the Act.

Issue 3: Will the taxpayer qualify for the medical tax credits when his employer paid the medical scheme fees on his behalf and no value is placed on the fringe benefit?

A taxable fringe benefit arises for each month during the tax year, namely R6 500 per month for the first three months and Rnil for the remaining nine months of the tax year. This will result in a section 6A medical tax credit for all 12 months during which the taxpayer was a member of the medical scheme.

Although the above interpretations result only in a R4 difference in the combined credits allowed, this issue needs to be clarified.

Issue 4: Can a taxpayer claim a section 6A credit for fees paid to a medical scheme on someone else’s behalf?

If, for example, a taxpayer pays medical fees on behalf of his elderly mother (who belongs to a different medical scheme than the taxpayer), can he claim a section 6A credit?

According to section 6A(2)(b) a taxpayer is entitled to a section 6A credit in respect of amounts actually paid to a medical scheme in respect of himself or a ’dependant’. Section 6A(4) defines ‘dependant’ the same as in section 1 of the Medical Schemes Act, namely ‘the spouse or partner, dependent children or other members of the member’s immediate family in respect of whom the member is liable for family care and support; or any other person who, under the rules of a medical scheme, is recognised as a dependant of a member’. Therefore, for purposes of section 6A it will include a spouse, partner or dependent child of the taxpayer. It will also include an immediate family member who the taxpayer cares for or supports, as well as any person registered as the taxpayer’s dependent by his medical scheme.

Thus, in the example, the taxpayer will qualify for a section 6A credit in respect of his mother if he supports and cares for her, which seems to be the case.

The purpose of this article was to take a closer look at the section 6A medical tax credit and some issues relating to its application. Taxpayers must take note of these issues as they could benefit from this credit to reduce their overall normal tax liability.

Recommend: On the relevance of IFRS financial statements
September 3, 2021

Focus: The digitisation of assurance
September 3, 2021