ANALYSIS: CONSISTENCY OF INFORMATION IN ANNUAL REPORTS An ISA 720 perspective 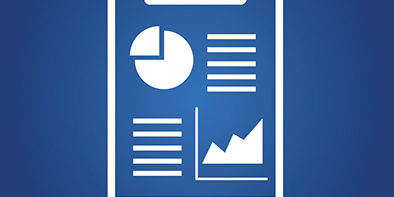 Auditors have for many years been required to read other information included in documents containing the audited financial statements. So what will change in future under International Standard on Auditing (ISA) 720 (Revised), The Auditor’s Responsibilities Relating to Other Information? By Leon Kies

‘Lack of consistency can bring on a lack of interest.’ Now that’s interesting, I thought, when I stumbled across the words on the Internet. My mind raced as I tried to think about the circumstances that could have given rise to these words. Unfortunately I was not able to identify the epigrammist, or the background to the wisdom, but it certainly made me think about ISA 720 (Revised).

During April 2015 the International Auditing and Assurance Standards Board (IAASB) released ISA 720 (Revised). One of the aims of the IAASB’s revision of the standard is to improve audit quality by bringing greater consistency around the world regarding auditors’ consideration of the diverse range of other information encountered in today’s financial reporting environment (IAASB, 2015). Looking back at the quote that has gripped my imagination, it would appear the IAASB is trying to reduce the risk of a lack of interest in the audit and in auditors’ reports that may result from inconsistency in practice.

ISA 720 (Revised) is effective for all ISA audits of financial statements for periods ending on or after 15 December 2016,1 which is the same as that of the IAASB’s suite of new and revised auditor reporting standards. The new and revised standards are a move towards making audit reports more informative, discursive, bespoke and insightful for its users, and ISA 720 (Revised) has a big role to play in this regard.

In order to satisfy the requirements of ISA 720 (Revised) it is vital to understand the definitions of ‘other information’ and ‘annual report, as contained in the standard:

A read of these definitions raises the question as to what constitutes the ‘annual report’ in the South African context, and in particular for companies listed on the Johannesburg Stock Exchange. This is in light of the fact that the reporting practices of listed companies are quite diverse. As examples:

Because of these different reporting scenarios that can be encountered, it is not inconceivable that auditors, regulators and the users of the auditors’ reports may have different views and interpretations about which of the companies’ reported information constitutes the ISA 720 (Revised) ‘other information’ in the specific client circumstances. Could this lead to inconsistency in practice and a widening of the expectation gap about the nature and extent of the auditor’s work?

As we prepare for the implementation of ISA 720 (Revised) auditors, regulators and other stakeholders of the auditors’ reports will have to carefully consider the implications of the standard in the South African context, recognising that the auditor’s professional judgement in the application of the auditing standards is a fundamental and essential part of every audit. Major inconsistencies in how auditors apply the requirements of the standard, as well as misunderstandings by users of audit reports about the nature and scope of the work performed by the auditors, would obviously not be in the public interest and must be avoided. Let’s heed the warning of the anonymous philosopher who claimed that a ‘lack of consistency can bring on a lack of interest’. A lack of interest in audits and auditors’ reports will not be consistent with what the enhanced auditor reporting model aims to achieve.

International Auditing and Assurance Standards Board. The International Standard on Auditing (ISA) 720 (Revised), The Auditor’s Responsibilities Relating to Other Information. IAASB, 2015.

International Auditing and Assurance Standards Board. At a Glance – ISA 720 (Revised), The Auditor’s Responsbilities Relating to Other Information. IAASB, 2015.