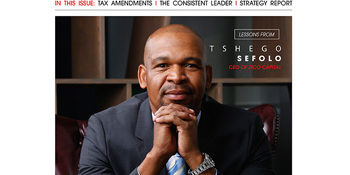 Socrates is one of the few individuals who has so shaped the cultural and intellectual development of the world that without him, history would have been very different.

He is considered one of the founders of Western philosophy, and legend has it that he was once pronounced the wisest man alive by the Oracle of Delphi. When Socrates heard that the Oracle had made such a statement, he responded not by boasting, but by trying to prove the Oracle wrong.

But finally he realised the Oracle might be right after all. He was the wisest because he alone was prepared to admit his own ignorance rather than pretend to know something he did not. It is said that Socrates concluded: ‘I know one thing: that I know nothing,’ which we today call the Socratic paradox.

This makes one think. How can the wisest man on earth know nothing? Would it be correct to say that while one may be educated, one still knows nothing?

But fortunately, we can learn from everything and everyone, every day. We know that we learn a lot from making mistakes, but we can also learn a lot from other people’s mistakes. But although the wisdom of learning from failure is incontrovertible, people (and organisations) that do it well are rare.

Nobody likes to admit that they’ve made a mistake. In business (and in life), people are rewarded and praised for success. But this creates a culture in which  we don’t learn from failure and could end up repeating our mistakes.

So consider yourself to be a student of life and learn from other’s mistakes.

Great leaders say that the most important lessons they learned came from their toughest challenges and from their biggest mistakes. (In this regard I recommend you read the cover profile on Tshego Sefolo where he shares his lessons learned and tips for leaders). This is why we should learn from others’ mistakes and grow, and never be shy to admit when we have failed. Because when we make mistakes, we learn. We grow and mature, achieving new understandings and perspectives on life, business, relationships or people. We’re forced to make new connections, bridging gaps where we hadn’t connected the dots before – making us, once again, students of life. Our special feature and report on softskills and strategy include valuable guidance on leadership I encourage you to read.

In Russian there is an expression: ‘The wise man learns from someone else’s mistakes, the smart man learns from his own, and the stupid one never learns.’ So be wise and learn from others – don’t struggle with a ‘learning disability’ all your life …