ANALYSIS: Creation, issue and conversion of shares under the new Companies Act 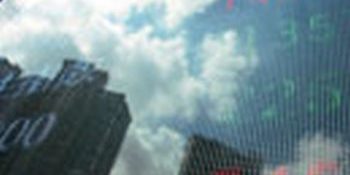 It is important to note that whereas the general practice under the Companies Act 61 of 1973 (the Old Act) was to reflect the terms of certain classes of shares in subscription agreements or other documents, separate from the old articles of association (especially when issuing preference shares for funding purposes), the Companies Act now requires that all preferences, rights, limitations and other terms associated with a class of shares must be contained in the MOI, failing which they may not be enforceable.

Except to the extent that a company’s MOI provides otherwise, directors are authorised to issue the shares of a company, provided that the shares issued have been authorised by or in terms of a company’s MOI and such shares are within the classes authorised and adequate consideration is received by the company for such shares. Generally speaking, issuing shares in a company is a simple process in that all that is required is for the directors to pass a resolution authorising the company to issue the shares to a particular individual or juristic person, subject of course to specific requirements in the MOI or shareholders’ agreement. This is different from the Old Act, as the Old Act always required a shareholders’ resolution for the issue of additional shares to protect shareholders against dilution. The Companies Act now only requires the approval of shareholders by special resolution in exceptional circumstances, namely where a company intends on issuing shares to a director or prescribed officer of that company or a person related or inter-related to that company or a director or prescribed officer or if the shares to be issued will constitute 30 per cent or more of the voting rights in that specific class, a special resolution will also be required. Minority shareholders may therefore wish to negotiate better protection with regard to issue of shares, in the MOI, to prevent the board from diluting the minority, without having to seek the minority’s approval.

Whereas the Old Act required that the subscription price had to be paid in full before the shares could be issued, the Companies Act now provides for a mechanism for a shareholder to subscribe for shares without having paid for such shares in full at the time. Section 40 provides that, if the consideration for any shares that are issued or to be issued is in the form of an instrument such that the value of the consideration cannot be realised by the company until a date after the time the shares are to be issued, or is in the form of an agreement for future services, future benefits or future payment by the subscribing party, the company may issue the shares notwithstanding, subject to a trust agreement being entered into between the company, the subscriber and a third party, for the third party to hold the shares in trust until full consideration has been received. The Companies Act provides for the rights of the subscriber, in the absence of a contrary provision in the aforesaid trust agreement, and facilitates the subscription for shares if a subscriber is not in a position to fund the subscription price on the date of subscription and has proven useful in private equity transactions where a private equity shareholder wishes to advance the subscription price in tranches subject to the performance and financial requirements of the company in question, as well as in empowerment transactions to facilitate vendor financing. Utilisation of this mechanism will also require compliance with the financial assistance requirements of section 44 of the Companies Act.

The Companies Act provides that shares do not have a par or nominal value under the Companies Act, subject to the transitional arrangements contained in schedule 5 of the Companies Act. Despite the abolishment of the concept of par value, all shares issued with a par value by a company which was in existence before 1 May 2011, and held by a shareholder continue to have the same rights associated with the shares, including that the shares will remain to have a par value, subject to any regulations promulgated in this regard.

Interesting to note is that the prohibition as regards creating new shares applies to the increase of the number of authorised shares, without having first converted the shares from par value to no par value shares, has much broader application than first meets the eye. Any increase in numbers of authorised shares by creating additional shares is hit by this prohibition, including an increase by subdividing existing shares. No new shares may be created of that class without the conversion having taken place but also, in our example, the 1 000 shares may not be subdivided into a higher number of shares without first converting the shares to no par value shares. Some companies have, in an endeavour to avoid a conversion, simply subdivided their number of authorised shares to allow for additional shares to be capable of being issued (that is, in our example subdivided the 1 000 shares into 1 million shares). Such subdivision is however also not allowed until a conversion has taken place.

The conversion of shares from par value to no par value aside, companies and shareholders should be reminded of the new requirements for share certificates, namely that each share certificate should now also record the restrictions on transferability of the shares in question, on the share certificate itself. Failure to do so would be a contravention of the Companies Act.