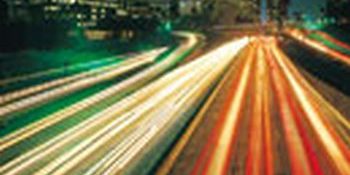 Deductions for donations to schools

Donations are an important source of funding for many South African schools, because although parents contribute towards their children’s education, most schools are struggling to operate without additional funding from donors. Added to this, many donors are not aware of the generous tax deduction benefits associated with donations to schools registered as public benefit organisations (PBOs).

Donations are deductible up to a maximum of 10 per cent of the donor’s taxable income calculated after the inclusion of taxable capital gains.

To qualify for an income tax deduction, the donor must be in possession of a tax certificate issued by the school and include all the relevant information required.

Successful cities of the future

Worldwide cities face the challenge of growing economically while balancing the social and environmental side of the city to remain sustainable. To succeed they need urban projects that have a clear vision and goals, are well managed, and involve a broad range of parties working together effectively.

This is one of the findings of a new report produced by PwC, the European Institute for Comparative Urban Research (Euricur) and the Institute for Housing and Urban Development Studies.

Some 24 urban projects were analysed in, among others, Australia, Canada, China, Germany, Ireland, Italy, the Netherlands, Qatar, Singapore, South Africa, the UK, the United Arab Emirates and the US. The report analyses how different types of innovative urban development projects and strategies are contributing to strengthen a city’s capitals and to strike balances between the economic, social and environmental spheres.

Fundamental changes such as climate change, technological advances, increasing societal demands, shifting power from national to local levels, and the consequences of the 2008 financial crisis are changing the playing field of cities worldwide. However, on closer inspection, the types of imbalances faced by cities are different. While some cities struggle to reignite as growth engines, others fight to curb CO2 emissions and criminality; while some put citizen involvement first, others require infrastructure as precondition.

While there is not one single path to sustainable competitiveness that every city can follow, there are certain key ingredients to success.

Here are a few successful urban projects highlighted in the report:

Notice is hereby given that the Annual General Meeting (AGM) of members of the South African Institute of Chartered Accountants (SAICA) will be held at The Protea Hotel, Midrand (Room: Protea 3), 14th Street, Noordwyk Ext. 20, Halfway House, on 26 June 2014 at 09h00 for the transaction of the following business:

3.        The re-appointment of Nkonki Inc as the external auditors for the ensuing year.

Proxy forms will be available on the SAICA website: www.saica.co.za.

Completed proxy forms must reach the registered office of SAICA (stipulated below) no later than 09h00 on Tuesday 24 June 2014, 48 (forty-eight) hours before the time appointed for the AGM and must be addressed to:

All proxy forms, once received by SAICA, will be recorded and the proxy holder shall be notified of the number of proxy votes that they hold and how such proxy votes should be exercised. Copies of proxy votes will be available for inspection at the SAICA offices between 09h30 and 16h00 on Wednesday, 25 June 2014.

Please be advised that there will be no validation of proxy votes at the AGM. All queries relating to the proxy votes received, and the validity thereof should be directed to Mr Mlu Zondi and be resolved by 16h00 on Wednesday, 25 June 2014.

The proxy votes received by proxy holders will be confirmed at the AGM before the voting commences.

Retail sales are one of the main indicators of spending. The slower growth is in line with lower economic growth forecasts. Statistic SA figures showed that retail trade sales growth slowed to 2,2 per cent year on year in February from a downwardly revised 6,4 per cent (previously 6,8 per cent) and against a BDlive forecast of 3,2 per cent. The forecast was a consensus from a survey involving 13 economists.

Petrol prices have increased a cumulative 75c per litre since the beginning of the year, while food prices have also been rising. The slower growth rates are in line with moderate economic expansion, which most analysts expect for this year.

Retail sales are expected to grow only moderately in coming months as consumer disposable incomes come under increased pressure, as more interest rate hikes are expected this year and electricity tariffs will rise in July.

Mandatory effective date of Headline Earnings Circular announced The definition of headline earnings in the JSE Listings Requirements has been amended. The amended definition makes reference to Circular 2/2013 – Headline Earnings. Circular 2/2013 was originally issued by SAICA in August 2013 to update the previous headline earnings Circular for changes made to International Financial Reporting Standards Interpretations (IFRICs) between April 2009 and 30 April 2013. This Circular was subsequently reissued in December 2013 to incorporate a few editorial corrections in the rules table.

As the incorporation of Circular 2/2013 into the JSE Listings Requirements constituted an amendment to the Listings Requirements, these amendments required that the provisions of the Financial Markets Act 19 of 2012 be complied with. Consequently at the time of publication of the Circular in 2013 this was issued for voluntary early adoption.

The International Accounting Standards Board (IASB) has published a Discussion Paper that proposes an approach to account for an entity’s dynamic risk management activities. The approach is the portfolio revaluation approach, which aims to better reflect dynamic risk management in an entity’s financial statements. The proposals in the Discussion Paper are not intended to be limited to banks.

Comments on ED 342 – Discussion Paper on Accounting for Dynamic Risk Management: A Portfolio Revaluation Approach to Macro Hedging should be submitted to SAICA by 19 September 2014. ED 342, the IASB press release and the snapshot can be downloaded from the SAICA website.

The International Auditing and Assurance Standards Board (IAASB) released for re-exposure an enhanced ISA 720 (Revised), The Auditor’s Responsibilities Relating to Other Information. The proposed standard clarifies and strengthens the scope and focus of auditor efforts on information included in entities’ annual reports other than the audited financial statements and introduces new auditors reporting responsibilities.

Under the proposed ISA, the auditor would now be required to:

SAICA’s Assurance Guidance Committee will be commenting on this Exposure Draft. The ED is accessible from the IFAC website and comment is due by 18 July 2014.

Taxpayer’s rights in respect of a tax clearance certificate

A recent case (Chittenden NO and Another v SARS and CIPC) brought before the High Court by a business rescue practitioner concerned two matters, namely the non-issuance of a tax clearance certificate (TCC)and SARS’s vote against the practitioner’s revised business rescue plan. The judge confirmed that the issuance of a TCC constitutes administrative action as contemplated by the Promotion of Administrative Justice Act 3 of 2000 (PAJA) and that a taxpayer who wishes to challenge SARS’s decision regarding the issuance of a TCC should launch review proceedings in terms of PAJA. The application was struck off the roll.

The judge indicated that granting relief in the circumstances would set a dangerous precedent in that every taxpayer whose application for a TCC had been refused would simply be entitled to approach the court – without having to address the merits of the refusal – to obtain an order compelling SARS to issue him or her with the certificate.  Further details are available on Tax Suite.

It keeps happening. A newly discovered software bug – this one going by the ominous name Heartbleed – allows hackers to bypass the encryption technology used on many websites to access passwords, credit-card numbers and other sensitive data. By one estimate, as much as 66 per cent of the web is affected, including Yahoo and the popular dating site OkCupid.

Companies are scrambling to close off the security flaw in the widely used encryption technology called OpenSSL, but since the coding error went unnoticed for two years, there’s no telling how much information hackers have stolen. Users are advised to change their passwords – but only after confirming that an affected website is no longer susceptible.

Heartbleed is the latest and farthest-reaching cybersecurity scare in a spate of them affecting everything from cell phones to brick-and-mortar stores. Experts say data will get only more difficult to secure. “There are no secrets on the Internet,” says Ari Takanen, founder of Condenomicon, the security firm that discovered Heatbleed. “Something bad can always happen.”

Bavaria Breweries and South Africa’s “Big 5” retailers – Woolworths, Spar, Massmart, Pick n Pay, and divisions of the Shoprite Checkers Group – handed a cheque for more than R3,5 million to South Africa National Parks to boost the fight against rhino poaching. The money would be held in a ring-fenced account for strict use in anti-poaching programmes.

Estimated cost of the hunt for Malaysian Airlines Flight MH370 since it disappeared on 8 March, according to Reuters.

Amount a rare wine cup from the Ming dynasty fetched at auction in Hong Kong; it’s the priciest piece of Chinese porcelain ever sold.

BOOK OF THE MONTH

Why did fundraisers who were offered cash incentives collect less than those who weren’t paid at all?

Why did a school decision to fine parents who picked up their children late make them even later?

Why did a Californian vineyard find that when it put its prices up, its sales actually increased?

Leading behavioural economists Uri Gneezy and John A List provide answers to all these questions, revealing the truth about what motivates us and how we respond to incentives. Along the way, they visit inner-city classrooms to study the impact of different types of reward on children’s test scores. They scrutinise Chicago car dealerships to see how sales people decide what price to quote a prospective customer. And they study people as far apart as Tanzania and India to establish whether men really are more competitive than women. Their findings shed fascinating light on the complex science of human motivation. At the same time they show just how radically people’s behaviour can be transformed by even the subtlest of carefully judged incentives.