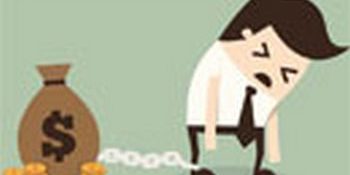 Darrel Scott discusses the long heralded, yet much delayed, IFRS 9: the International Accounting Standards Board’s longer-term answer to the lessons learned from the financial crises of 2008

At its February meeting, the International Accounting Standards Board (IASB) tentatively decided that the mandatory effective date of IFRS 9 Financial instruments will be for annual periods beginning on or after 1 January 2018. IFRS 9 is applicable to any organisation with financial instruments on its balance sheet.

RESPONSE TO THE GLOBAL FINANCIAL CRISIS

In the depths of the South African winter of 2007, North American mortgage loans began failing at an unprecedented rate. In the years leading to 2007, easy lending and the spread of securitisation had ensured that many in the world economy had become exposed to these mortgages, and so the failures soon triggered losses across the globe. In early 2008 the US experienced the first of several big bank collapses, which led to a domino effect as banks across the world came under increasing strain.

One of the predictable consequences of the crisis was a general worldwide decline in the values of traded debt and equity securities as sellers flooded a market where few were prepared to buy. This in turn resulted in a balance sheet crisis as values of assets carried at fair value by in particular banks, declined.

Regulators of every ilk stepped in to shore up markets, providing liquidity, balance sheet support and cheap money and facilitating fast-track mergers and takeovers.

Accounting standard setters were not exempt, and in late 2008 the IASB amended its financial instrument guidance to allow organisations to restructure their accounting to reflect the new realities. This was always intended as a short-term solution, and at the same time the IASB accelerated its existing project to improve its then financial instrument standard (IAS 39).

Whilst the IASB appreciated the need to make a revised financial instrument model available as soon as possible, it also accepted that a project of this nature and scope would require considerable deliberation and interaction. Consequently, and uniquely for a project of this type, the IASB decided to take a phased approach with early adoption allowed for each of the phases. This would permit preparers to use the completed phases of the project as they became available while still allowing the board to spend the prerequisite time on those parts of the project which either required a greater degree of change, or were more complex to change.

The first phases of IFRS 9, dealing respectively with classification and measurement of financial assets and classification and measurement of financial liabilities, were issued in November 2009 and October 2010. The general hedging model was released in November 2013. The impairment model has been the last stage of the project and will be issued as part of the reworked final standard.

The genesis of the project in the financial crisis, together with the general mystic that surrounds the term “financial instruments”, means that as soon as conversation begins on this topic, non-bankers quietly lose interest. In part this is because this conversation seems to have been going on for so long, but perhaps equally important, it seems a topic that can’t be discussed without immediately descending into almost excruciating detail.

But this aversion to the topic hides the fact that financial instruments are a constant of virtually every company’s balance sheet. Few companies survive without loans, interest calculations, debtors, creditors, and foreign exchange dealings. In more complex companies, you can quickly add equity and bond investments, intricate cash management, and debt instruments. Finally, derivatives and hedging activities are often necessary tools for industries operating in more complex environments.

This is not to say IFRS 9 will change the accounting for all of these instruments. It is at heart an evolutionary standard, developed off the back of IAS 39, rather then a revolutionary one. But as with all evolutionary standards, the devil will be in the detail. Understanding how this affects your company is going to require an analysis at a detailed level of at least those parts of the standard that are relevant to your business.

SO WHAT ARE THE BIG CHANGES?

It is necessary to keep the conversation high-level here. IFRS 9 is a detailed and, in places, complex standard. But is does have a few central themes that help navigate the conversation. In articles over the next couple of months we will drill down into some more of the detail.

The classification and measurement approach under IFRS 9 accepts the established, although much debated, starting point that a single measurement basis for all financial instruments will not always be appropriate. The standard defines three possible approaches to measurement: amortised cost, fair value through other comprehensive income, and fair value through profit and loss. Having accepted that starting point, it is necessary to define how to determine the dividing lines between the different measurement types, the “classification” of the instruments.

IFRS 9 introduces a principle-based structure and rationale for classification and measurement of financial assets. The classification is based on a business model approach that reflects both the nature of the instruments’ cash flows and the way those instruments are managed. The nature of an instrument’s cash flows reflects the inherent nature (and complexity) of the instrument itself and therefore determines the usefulness (or lack thereof) of an amortised cost basis. The business model reflects how that instrument is managed within the entity and consequently how the value carried on the balance sheet will be realised over time.

The new standard retains much of IAS 39’s classification and measurement approach for liabilities, with one important change. Under certain circumstances, the nature of a liability may be such that it is measured at fair value. In these circumstances, changes in a company’s own credit may give rise to changes in the value of that liability. Whilst this can be regarded as a correct reflection of the balance sheet position of the company, the effect in profit and loss often seems counter-intuitive. For liabilities where a fair value option has been exercised, IFRS 9 deals with this by splitting the changes in the value of the liability between those related to own credit and those arising from other causes. The changes as a consequence of own credit are presented in other comprehensive income (OCI) rather than in profit and loss. This eliminates profit and loss volatility from changes in own credit while still making the information available for users.

One of the key criticisms of IAS 39 has been its impairment model. IAS 39 impairment is based on a so-called “incurred” approach – an event needs to have occurred before an impairment allowance can be created. This approach has been criticised for delaying impairment in certain circumstances. In particular, when a company has an unfavourable view on the outcome of future events and expects losses to result, that often could not be translated into an impairment allowance, because there was not an incurred event to point to. IAS 39 in part recognised this issue by accepting that it was possible that an event may have occurred even if the company had not yet specifically identified it. However, this was not always consistently applied across jurisdictions and didn’t change the core IAS 39 incurred loss principle.

IFRS 9 solves this by moving to an expected loss model.

Most who responded to the IASB’s initial exposure draft accepted that this approach best reflected the economics of lending. However, they also had concerns that it was not feasible, because few lenders kept the sort of data that would be required to make this approach operational.

The solution in IFRS 9 balances the benefits of an expected loss model with the cost concerns of introducing a perfect model. IFRS 9 still has an event trigger, but this event trigger is moved earlier in the credit lifecycle – based on a “significant deterioration” in the instrument as opposed to the IAS 39 “loss event” trigger. The new standard also makes it clear that all information can be considered in determining if deterioration has occurred.

For instruments that have “satisfied” the trigger, an entity measures an impairment allowance equal to its expected shortfall looking forward over the lifetime of the exposure (lifetime expected credit losses).

The new model also requires that an impairment allowance be raised even where no evidence of deterioration is present. An entity should use all its available information to determine the lifetime losses it expects will be incurred by the deterioration of credits over the next 12 months (12-month expected losses). This measure allows an entity to capture unobserved but expected losses without undue operational burdens.

The general hedge accounting model in IAS 39 is generally regarded as lacking an overarching principle and being overly complex and rule-based. Many preparers have found it hard to use and, in particular, hard to adapt to their own risk management practices. As a consequence, when hedge accounting is applied (it is optional), it often doesn’t capture the full range of hedge activities in an organisation and so provides an incomplete picture of the practice of hedging risk.

Trying to close the gap between hedging activities and hedge accounting usually consumes disproportionate accounting resources and for many companies is considered not worth the effort.

The rules-based nature of hedge accounting under IAS 39 has also had one of the least desirable outcomes for any accounting standard – it has changed practice. In order to fit within the rules of IAS 39, some entities have chosen to change the instruments they use for hedging to enter hedges they may otherwise not have, or not to hedge at all.

To resolve these issues, IFRS 9 has specifically sought to align hedge accounting treatment with the underlying risk management activity. As a result, it significantly reduces the accounting considerations that affect risk management decisions. It has also increased a preparer’s ability to account for hedges of non-financial items.

The key improvements in the IFRS hedge accounting – I am merely listing them here as each is a topic in itself – include allowing the designation of risk components within non-financial instruments, allowing the hedging of aggregated exposures (combinations of derivatives and non-derivatives), the introduction of the concept of “costs of hedging” to improve the transparency around some hedging instruments, and a principle-based hedge effectiveness assessment.

PUBLICATION OF THE STANDARD

The new standard is expected to be published in July (it may even have been published by the time you read this). The “unified” standard will bring together all the phases the board have previously released in a single package of requirements. Early adoption has been allowed all through the process and will continue to be permitted, although it will be restricted so that it only applies to the package as a whole. As pointed out above, the standard becomes mandatory for annual periods beginning on or after 1 January 2018. ❐

Author: Darrel Scott CA(SA) is a member of the IASB. The views expressed in this article are those of the author and do not necessarily reflect the views of the IASB or the IFRS Foundation