VIEWPOINT: The riches of sports 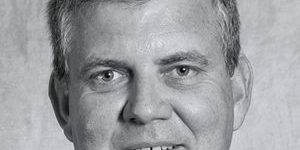 “A massive percentage of professional sportsmen go insolvent within five years of their professional retirement.”

A massive percentage of professional sportsmen go insolvent within five years of their professional retirement. Of course, rock stars and celebrity actors seldom wait for retirement before blowing their fortunes too. The apparent reason is lifestyle – but the real reasons are lack of financial education and counselling on basic lifestyle.

Professional sportsmen (and women) earn huge sums. Golfer Tiger Woods may have been the first to earn over US$1 billion, but one professor of classical studies, Peter Struck, estimates the Roman Circus Maximus charioteer Gaius Diocles amassed a fortune in prize money equivalent to US$15 billion.

Boxer Mike Tyson is today infamous for many things – a federal rape charge, messy divorce, regrettable facial tattoo – but especially losing his fortune of US$400 million. Björn Borg, one of the all-time great tennis players with 11 Grand Slam titles, lost his millions to drugs and is now trying to make money selling underwear.

David Beckham is Britain’s top earner and wealthiest sports star with a fortune estimated at £165 million – yet claims only a modest eighth spot on the Forbes list of highest earning sportsmen last year. A study by Deloitte found that there are more than 500 footballers in England’s Premier League earning an average of £1,2 million (€1,4 million) a year. George Best was one of the highest-paid football players of the 1970s – famously quipping he’d spent most of his money on “booze, birds and fast cars” – the rest he just squandered.

•         The cost of vanity – 90 per cent of athletes get ripped off on vehicle and jewellery purchases.

•         Weak financial advice. Will the adviser stand up to the player at the risk of being fired?

•         Guilt and the family – the need to support the less fortunate and the opportunistic.

According to Bechta, “These ten reasons why players go broke are indeed elementary and the only thing that can curtail the pattern is ongoing education, intervention, and constant counseling of basic life skills.” I think that sounds like pretty good advice for anyone. ❐