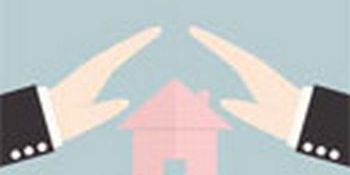 At last, a uniform structure for listed property assets, comments Craig Miller on the official introduction of the South African REIT structure on 1 May this year

The real estate investment trust (REIT) is an international standard that permits investors to invest in property assets through a vehicle which largely provides for tax transparent treatment.

More than 25 countries in the world use similar REIT models. Following the introduction of Section 25BB of the South African Income Tax Act in 2013, South Africa has now also adopted a uniform REIT regime.

In addition, a degree of uncertainty prevailed over whether PLSs were legitimately entitled to deduct interest on the debenture component of linked units issued to investors.

In August 2006, a two-day conference was convened involving many of the key role-players within the industry and regulators to discuss the way forward in developing a single basis for regulating property investment vehicles.

Estienne de Klerk was instrumental in spearheading the REIT initiative, which slowly developed support from stakeholders. Consensus was reached on the key points of the REIT regime, which culminated in the introduction of Section 25BB and the development of JSE Listings Requirements, which provided for a material part of the necessary regulation.

Conceptually, the structure of the REIT regime encourages good governance and best practices with its clear and adaptable structure and should continue to drive the significant growth that the property asset sector has experienced over the last decade.

A REIT is a company that owns and operates income-producing immovable property. The definition of a REIT in the Income Tax Act refers to a company that is a South African tax resident and whose shares are listed on the JSE as shares in a REIT, as defined in terms of the JSE Listings Requirements.

Consequently, a South African REIT also needs to comply with the JSE Listings Requirements for REITs which, inter alia, require that a REIT:

•          Must not enter into derivative instruments that are not in the ordinary course of business, and

Section 25BB of the Income Tax Act contains three key definitions that are vital to understanding the tax implications of the current REIT regime. These are “controlled companies”, “property companies” and “qualifying distributions”. The interaction of these three definitions effectively allows a REIT to achieve tax neutrality.

A “controlled company” is a subsidiary of a REIT as contemplated in terms of International Financial Reporting Standards.

A “property company” is a company in which a REIT (or a “controlled company”) owns at least 20 per cent of the shares and where, in the previous year of assessment, at least 80 per cent of the value of that company’s assets was attributable to immovable property.

A “qualifying distribution” includes dividends paid or payable, or interest incurred in respect of linked debentures, by a REIT or a “controlled company” (but not a property company).

A REIT or a “controlled company” can deduct for income tax purposes all “qualifying distributions” to shareholders, which deduction may result in the entity not being subject to tax.

“Qualifying distributions” received by shareholders are not exempt from income tax and consequently, depending on the nature and tax profile of the shareholder concerned, may be taxable in their hands (pension funds, for example, will not be subject to tax on such distributions).

Dividend tax will be imposed on “qualifying distributions” to foreign shareholders subject to a reduction in terms of an applicable double tax treaty.

A REIT will not be subject to capital gains tax on the disposal of immovable property, or shares in a “controlled company” or “property company”.

Any amounts derived from a financial instrument held by a REIT or “controlled company” must be included in the income of that entity.

No securities transfer tax is levied on the transfer of shares in a REIT.

A drawback to private individual South African investors is that the interest exemption that previously applied to property loan stocks will no longer be available. The understanding is, however, that Government is moving to replace this incentive with mandated tax-free investment funds. The sector is currently waiting to see how this issue evolves.

REITs will also need to consider various tax issues such as whether they wish to hold property assets subject to a joint venture through a corporate formation, or via an undivided direct interest in the actual property assets.

If the assets are held through, say, a joint venture company that is defined as a “property company”, a REIT will receive an after-tax dividend from the property company as the “flow-through” treatment (which would otherwise apply to a REIT or a controlled company (that is, a subsidiary of a REIT)) will not apply to a so-called “property company”.

However, if a REIT or a controlled company held a direct, undivided share in the property asset, this issue would not arise as it could distribute its rental income via a “qualifying distribution”.

To the extent that the interest deduction is disallowed, a cash tax liability could potentially arise in the hands of the REIT. South African-controlled foreign company rules typically seek, in certain circumstances, to impute so-called “passive income” of foreign investee companies into the hands of the South African parent company for income tax purposes.

To the extent that a REIT seeks to invest offshore, it needs to carefully consider that “passive income” in the form of foreign rental income is not inadvertently imputed into its hands for South African tax purposes, particularly where little or no foreign tax (which may otherwise be creditable) is paid. This may happen because the foreign subsidiary enjoys a special tax dispensation in that foreign jurisdiction.

Although the practical implementation of the current REIT regime has resulted in certain anomalies which need to be addressed, it is submitted that it is a positive development and should play a meaningful part in sustaining growth within the property asset sector. ❐