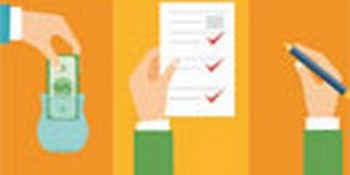 The IASB recently issued a discussion paper for macro hedging, separate to its amendments to hedge accounting which was added to IFRS 9 in November 2013 making three important changes (see below).

The IASB staff will continue drafting and balloting the final requirements for impairment and the limited amendments to the classification and measurement requirements to be incorporated into IFRS 9.

This discussion paper is open for public comment until 17 October 2014 and has significant implications for banks and long-term insurers. Currently, these financial institutions manage their risks dynamically on a portfolio basis rather than on an individual contract basis. The proposals highlight that dynamic risk management is a continuous process and that banks and insurers would need to deploy systems, processes and resources to identify, critically analyse and mitigate the risks that have evolved over time. The discussion paper introduces the concept of Portfolio Revaluation Approach.

The IASB Staff Paper indicates where and how the proposals in the 2013 Exposure Draft Insurance contracts would change as a result of the IASB’s tentative decisions to date.  The SAICA annual insurance seminars targeted for Quarter 4 of 2014 would provide more concrete direction of what is likely to appear in the final insurance standard. In the interim, you can access the board’s deliberations at http://www.ifrs.org/Current-Projects/IASB-Projects/Insurance-Contracts/Documents/2014/Effect-Board-decisions-ED-April-2014.pdf

Insurers will enter the SAM implementation phase from July 2014, followed by what the Financial Services Board (FSB) terms a light parallel run during the second half of 2014. A comprehensive parallel run is scheduled to kick in by January 2015. The SAM project is nearing its completion stages with final detailed work required on the SAM framework.  The FSB remains confident that full implementation of 1 January 2016 is on track.

•          The second amendment makes the improvements to the reporting of changes in the fair value of an entity’s own debt contained in IFRS 9 more readily available.

Financial institutions will be subject to the Financial Services Laws General Amendment Act 45 of 2013, which came into effect on 28 February 2014. The objective of the Act is to ensure a sounder and better regulated financial services industry promoting financial stability as the amendments further strengthen the financial sector regulatory framework as well as the supervisory powers of the regulators.

The thirteen financial sector laws amended in the Act are:

The National Treasury (NT) issued a media statement on 29 April 2014 announcing the withdrawal of the Insurance Laws Amendment Bill. The NT and FSB will communicate alternative interim measures in the form of board notices and/or other Bills, if deemed necessary to give effect to the intention of the ILAB.

REGULATIONS ON THE DEMARCATION BETWEEN HEALTH INSURANCE POLICIES AND MEDICAL SCHEMES

The National Treasury gazetted the second draft Demarcation Regulations specifying which types of health insurance policies are permissible under the Long-term Insurance Act 52 of 1998 (LTIA) and Short-term Insurance Act 53 of 1998 (STIA), and accordingly excluded from regulation under the Medical Schemes Act 131 of 1998. The comment period closes on 7 July 2014.

The National Treasury (NT) issued a media statement on 29 April 2014 announcing the withdrawal of the Insurance Laws Amendment Bill. The NT and FSB will communicate alternative interim measures in the form of board notices and/or other Bills, if deemed necessary to give effect to the intention of the ILAB.

The process to include hedge funds as pooled assets under the Collective Investment Schemes Control Act is under way after an extensive consultation process between the National Treasury, the Financial Services Board and industry was concluded. This culminated in draft hedge fund regulations and an explanatory memorandum issued to industry for public comments. Comments closed on 23 May 2014.