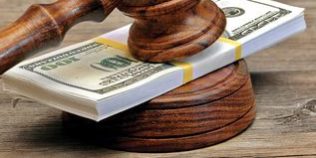 A new dispensation? The new Companies Act has removed the courts’ legislative discretion to require an impecunious plaintiff company to furnish security for costs. So what does this mean for defendants? By Willem Janse van Rensburg and Clayton Gow
The repealed section 13 of the Companies Act 61 of 1973, together with its predecessor, section 216 of the Companies Act 46 of 1926, provided the courts with the power to require an impecunious plaintiff company to furnish security for costs if there was reason to believe that the plaintiff would not be able to pay an adverse costs order. These sections were aimed at curtailing risk-free litigation instituted by impecunious plaintiff companies.
The common law provides that where a plaintiff company is an incola (resident) of South Africa, regardless of whether it is in liquidation or financially distressed, it shall not be required to provide security for costs in proceedings instituted by it. Since the Companies Act 71 of 2008 (the new Companies Act) has omitted to provide a similar provision to section 13 and section 216, the common law position prevails.
The two cases of Haitas & Others v Port Wild Props 12 (Pty) Ltd 2011 (5) SA 562 (GSJ) (Haitas) and Boost Sports Africa (Pty) Ltd v South African Breweries Ltd 2014 (4) SA 343 (GP) (Boost) had to determine the effect of this omission and how to grapple with the common law position.
In both cases the plaintiffs had conceded that they were unable to satisfy an adverse cost order. They argued that the effect of the omission immunised an impecunious plaintiff company to a demand for security for costs. The courts in both these cases rejected the plaintiffs’ arguments and granted the orders for security for costs.
The court in Haitas held that, even at common law, the basis upon which a court could demand security for costs from an impecunious incola plaintiff vested in its inherent power to regulate its own process. Whilst engaging in this process the courts should guard against vexatious, reckless and unmeritorious litigation. It further held that each case must be decided on its own peculiar facts taking into account the interests of justice. The court found that the plaintiff had failed to finalise the matter in court and for a period of three years, failed to enrol the matter. In the interests of justice the court ordered the plaintiff to furnish security for costs.
Boost approved the decision taken in Haitas but qualified it by introducing a new test. The court held that one must look at whether there is any basis in law to order an incola plaintiff company to furnish security and in so doing it must take into account the following factors:
• How long did the defendant take to bring the application for security for costs?
• Why did the defendant bring the application?
• Is the plaintiff’s claim in the main proceedings without merit or vexatious?
• Does the application for the security for costs infringe upon the plaintiff’s right to a fair hearing?
• Is there a material dispute of fact?
It was also held that the defendant’s defence in the main proceedings and any other pertinent factors should also be taken into account. The court, in granting an order in favour of security for costs, found that the costs in the main claim are likely to be substantial, the plaintiff conceded it will be unable to satisfy an adverse cost order, and the plaintiff must have considered and made provision for the consequence of unsuccessful litigation.
Although the new Companies Act does not provide the courts with the legislative discretion it previously enjoyed it still, through its inherent power to regulate its own process and taking into account the interests of justice, has the ability to grant orders for security for costs against impecunious plaintiff companies.
Author: Willem Janse van Rensburg is Director: Dispute Resolution and Clayton Gow an Associate: Dispute Resolution at Cliffe Dekker Hofmeyr