Answering the call to ethical behaviour

Those who have studied and worked towards qualifying for a SAICA designation have specialised skills, technical knowledge and ethical training which would be of benefit to various entities within the South African economy. It is no wonder then that a CA(SA) designation is found to be a requirement for many key roles within such entities.

Where chartered accountants fail in their role as gatekeepers of the South African economy by failing to uphold ethical standards of conduct and in either being complicit in or aware of unethical actions by their clients or employing organisations, the consequences are far-reaching.

Chartered accountants, associates and trainees are required to abide by the SAICA Code of Professional Conduct. The Code is underpinned by five fundamental principles of ethics which set out broadly the standard of ethical behaviour expected of those individuals falling within SAICA’s fold.

Accordingly, these individuals are to display:

In applying these principles, it is important to bear in mind that the application of these principles goes wider than an obligation to clients or employer and that the responsibility to act in the public interest should also be contemplated.

It is advisable for individuals to document the substance of any issues in respect of applying the Code, the details of any discussions, decisions reached, as well as the rationale for those decisions to evidence the individual exercising their professional judgement.

The SAICA by-laws set out a non-exhaustive list of what would be considered punishable conduct, including conduct which is discreditable, dishonourable, dishonest, irregular or unworthy, or which is derogatory to the Institute or tends to bring the profession of accountancy into disrepute.

The SAICA by-laws and Code of Professional Conduct need to be read in conjunction with the SAICA regulations and policies.

Members and associates of SAICA may be allowed to engage in certain areas of work by virtue of their SAICA designation. These include being registered with SARS as tax practitioners conducting independent reviews or being appointed by the CIPC as business rescue practitioners, or carrying out their duties as commissioners of oaths.

In order for our members and associates to continue to engage in these areas of work, SAICA needs to give regular assurance to regulators such as SARS and the CIPC that SAICA is effectively regulating and monitoring those individuals operating under a SAICA designation and initiating disciplinary processes where these become necessary.

The SAICA board is empowered to accept the findings of courts of law where a member, associate or trainee accountant is removed from an office of trust on account of misconduct or where sentenced to imprisonment or a fine amount for a conviction of theft, fraud, forgery or uttering a forged document, perjury and/or an offence in which there is an element of dishonesty. In such circumstances, the SAICA board may cancel a membership, associateship or traineeship where such a finding negatively affects the individual’s fitness to retain their SAICA designation.

Individuals holding a SAICA designation need to conduct their own financial affairs in a sound manner and where the individual is unable to do so and is subsequently sequestrated, unless exceptional circumstances exist, this individual would not meet the fit and proper requirement to retain their SAICA designation for the period for which they are undergoing sequestration.

Training offices and the delegated training officers who are responsible for overseeing trainee accountants therefore have a duty to report all unethical conduct by a trainee to SAICA for consideration. A training officer who fails to report such conduct to SAICA would be failing in their oversight duties and obligations in terms of the SAICA training regulations.

Similarly, trainee accountants should also see themselves as called upon to uphold the reputation and ethical standards of the profession of accountancy. Accordingly, trainees are also in a position to report unethical conduct within their training offices to the SAICA Legal and Discipline Unit or to the SAICA Training Unit.

In the event that a member, associate or trainee accountant is found guilty of punishable conduct, the sanctions they may face range from cautions and reprimands for lesser offences, to fines up to R500 000 per charge, suspensions, exclusions and/or disqualification from the SAICA designations. The SAICA Disciplinary Committee may also order certain specific performance such as the delivery of documents and/or repayment of client money where these have been unlawfully withheld.

In the interest of transparency, SAICA will as a matter of course regularly publish the guilty findings against any member, associate or trainee accountant including the name of the individual concerned, the punishable offence they have been found guilty of, and the sanctions which were imposed.

In light of the far-reaching consequences which unethical conduct will have on an individual’s professional career, SAICA encourages engagement with the relevant SAICA departments or other relevant stakeholders (including the firm/employing organisation, those charged with governance, a professional or regulatory body and/or legal advisors) where an individual is unsure of how to apply the Code of Professional Conduct, by-laws, regulations and/or policies.

Public Sector: The onus to change the narrative
February 5, 2021

The top three skills finance professionals cannot go without in 2021 and beyond
February 5, 2021 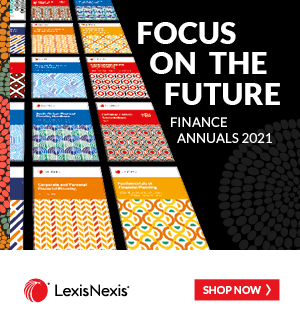