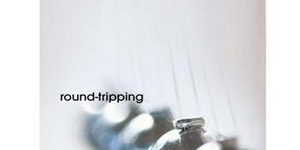 In The Economist’s ‘The World in 2009’ issue, they make, as per the norm, a number of predictions are madethat have me quite intrigued.

The Economist shares that there is a global shift of power emerging through the economic crisis the world is currently facing. Emerging economies such as China, Russia, Brazil and India have of course suffered as a result of the crisis, but more than likely, The Economist predicts that these countries’ economic growth should remain relatively robust and they will, therefore, in all likelihood be expecting a far greater say in how the world is being run.

This is predicted amidst the fact that in China, for instance, factories are shutting their doors, construction is grinding down significantly, and school teachers, office workers, and police officers are beginning to take to the streets because they are not being paid.

But, I guess, The Economist realises that one of the major benefits of this crisis for growing economies such as China, Brazil, India and Russia is that it forces governments to listen to their most vulnerable communities, and it encourages said governments to develop and introduce stimulus packages that may just benefit the poorest in the country and it sustains what must be a steady (albeit slow) growing economy. So perhaps the prediction is less risky than initially thought.

Another prediction it makes is that there is a slow shift in power in the business arena from the visionary leader to the Chief Financial Officer (CFO). This is a prediction we can almost certainly all agree with, as we’re all to well too aware of the changing role of the CFO in businesses today.

A third prediction made concerns sustainability and the changing focus of companies away from the CSI type of sustainability towards a far more strategic ‘let’s stay in business’ focus.

The draft King 3 report released recently also shares this value proposition, as it lays much emphasis on the reporting and disclosure of sustainability. While King 2 also spoke to integrated sustainability, the numerous developments over the past few years have necessitated a stronger, more accessible and detailed report. So King 3 emphasises that sustainability reporting should be:

1. material
2. relevant
3. accessible
4. understandable
5. comparable
6. formalised as part of the company’s reporting processes, and should take place on a regular basis. Reporting and disclosure should have independent assurance, and have detailed recommendations and practices included in the practice notes.

It seems that the world is finally thinking and strategising along similar lines.

And it is this kind of scenario that has us all excited following the excellent QE 11 results. Six of our top ten candidates are black, and two of these six are Thuthuka participants. Not only do these results thus showcase the success of the Thuthuka programme, but they also reiterate the Institute’s commitment to ensure that we urgently address the effects of the skills shortage, ensure that our transformation imperatives are met, and also ensure the high educational training standards with which our profession is synonymous.

So congratulations to all who made this year’s results a such resounding success.

For one last prediction… I am almost certain that next year, our Thuthuka results will be even more impressive – just better and better.