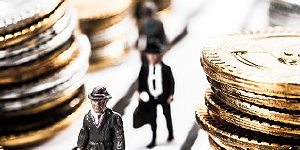 The world’s billionaires are growing $2,5 billion richer every day, while the poorest half of the global population is seeing its net worth decline, reports CNN. Billionaires, who now number a record 2 208, have more wealth than ever before, according to a recent Oxfam International report. Since the global financial crisis a decade ago, the number of billionaires has nearly doubled.

The annual study was released ahead of the yearly World Economic Forum in Davos, Switzerland, which brings together some of the wealthiest and most influential people on earth. The 106-page report is meant to call attention to the growing gap between rich and poor.