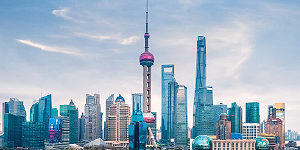 China’s economy last year grew at the slowest pace since 1990. Its economy, which contributes about a third of global growth, is on a long-term slowing trajectory as it shifts from the investment-led model of the past while carrying a heavy debt load. However, China’s increase in output was still more than all the goods and services produced in Australia in 2017.

Capital Economics Ltd estimates slower China expansion will shave about 0,2 percentage points off global growth this year compared to 2018, while Citigroup Inc warned in a January 14 note that the China slowdown may ‘blow the global economy off course’.

Still, it’s a key point that observers often refer to: while China may be expanding by its slowest in decades, it is doing so from a much larger base. In 1990 the nominal value for China’s economy was $361 billion.