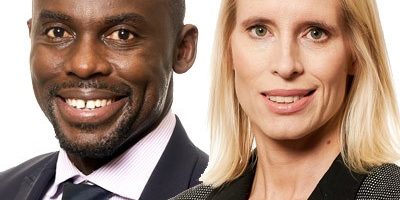 By Michael Denenga and Nicole Paige, Partners at Webber Wentzel

Not just the ultimate holiday stop, Mauritius is also a preferred jurisdiction for fund managers looking to establish African-focused funds.  A scenic island off the coast of Africa, Mauritius’ main competitive advantage is its proximity to the jurisdictions that African-focused funds invest in, but it is also business oriented and regulation friendly, with enviable tax efficiencies.  It is known for the high quality of its administrative and professional service providers and is generally less expensive than competing fund administration hubs in Europe and the Channel Islands.

Mauritius’s sunny appeal has recently come under attack for its low-tax regime and its challenge will be to avoid international censure whilst still remaining competitive.  From our perspective, Mauritius remains a credible regime with a lot to offer those looking for a platform from which to invest into Africa.

Some of the most pointed criticism of Mauritius has come from the United Nations and IMF.  According to the United Nations, the low tax regime and wide-ranging tax treaty network of Mauritius is responsible for a USD 100 billion loss in revenue for developing countries. An IMF paper published in 2018 found that African countries are likely to suffer a reduction in tax revenue when they sign tax treaties with headquarter regimes such as Mauritius. The IMF paper has, however, been critiqued for failing to assess the benefits of such tax treaties to African economies, particularly Mauritius’ contribution to “Foreign Direct Investment” in Sub-Saharan Africa.  The paper’s findings were further criticised for relying upon outdated information and statistics and ignoring efforts by Mauritius to enhance its legal and regulatory frameworks for exchange of information and transparency in terms of international norms and standards, which it achieved through the incorporation of a Common Reporting Standard (CRS) platform focusing on Automatic Exchange of Information by the Mauritius Revenue Authority in July 2018.

On the positive side, the following findings by international organisations have reinforced that Mauritius continues to be a credible jurisdiction:

These positive shifts in recognition can be attributed to various initiatives that Mauritius has implemented over the last few years in order to address its perceived harmful tax practices.  The following changes to Mauritius’ domestic laws are noteworthy:

The legislative safeguards which have been introduced into Mauritian law have certainly gone a long way in addressing Mauritius’ detractors.  The challenge for Mauritius, however, will be to ensure that such legislative changes do not erode its competitiveness.

Fund managers establishing their funds in Mauritius will need to bear in mind that any GBC must be centrally managed and controlled from Mauritius, with a minimum expenditure proportionate to its level of core generating activities and the minimum number of staff required to properly conduct such activities.  The Mauritian Central Management and Control test is not aligned with the internationally understood test and fund managers will need to ensure that all indicative factors are taken into account.