Succession planning is critical to sustainability 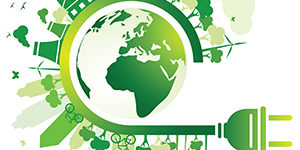 Recent events in both the public and private sectors are again highlighting the key role that proper succession planning plays in supporting any organisation’s sustainability, particularly when it comes to CEOs and governing-body chairs.

Poor succession planning inevitably creates a leadership vacuum at both governing body and executive management level resulting in a loss of the longer term strategic focus. The impacts of this uncertainty can be dire, says Richard Foster, facilitator at the Institute of Directors in Southern Africa (IoDSA).

Impacts can include a loss of performance delivery influenced by such factors as possible churn at the senior management level, the loss of market share to more focused competitors, severe reputational damage and erosion of investor and other key stakeholder confidence in both the governing body and senior management alike.

The position is particularly complex when it comes to state-owned entities (SOEs) because certain appointments like the CEO and governing-body chair are typically mandated in legislation or founding documents. The shareholder thus plays a key role, and the process is not as easily aligned with what is considered governance best practice, he says. A similar situation exists in local government.

One mark of the difficulties of proper succession planning at SOEs is the reliance on interim appointments. However, they inevitably create uncertainty unless they are well thought-through and the process is properly communicated to stakeholders.

“One of the governing body’s primary functions is to create and oversee the implementation of strategy, implying a three-to-five-year, or even longer timeline. Interim appointments, by contrast, tend to be operationally focused pending a permanent appointment,” he says.

King IV recommends that governing bodies should ensure succession plans exist for their own members, as well as for the CEO and executive management team. However, because succession planning is intimately connected with the appointment of these senior office-bearers, succession planning for SOEs is, as previously mentioned, more complex and challenging.

Typically, the shareholder/executive authority (ultimately the government) has the power (or obligation) to appoint the chair and/or the CEO and/or other governing-body members. In its SOE Sector Supplement, King IV recommends that these appointments should be accomplished via a robust and transparent process that involves the governing body (the accounting authority) as much as possible to give effect to the aspirations of the relevant principle.

“The processes for appointing CEOs or chairs at certain SOEs is sometimes questioned. The damage caused by unsuitable appointments is now plain, and both the organisations and the economy as a whole are affected,” he says.

“It is encouraging that Government seems to have now recognised that good corporate governance requires ethical and effective leadership, and that increased focus appears to have been placed on the succession planning and attendant appointment process,” Mr Foster concludes. “The consequences of not following the recommended practices of good governance are now plain to see.”